US Outcomes-Based Contracts: Big Uptick In Interest, But Not Execution

The promise of outcomes-based contracts for biopharmaceuticals has yet to be realized in the US. Although precise numbers are hard to come by, payers and manufacturers agree the field is still nascent. However, they don’t seem to be giving up on the idea. 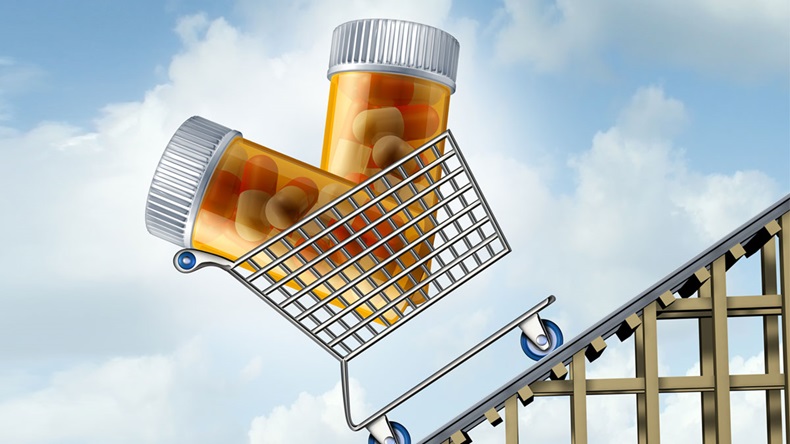 Outcomes-based risk sharing contracts between private payers and pharmaceutical manufacturers are still a relatively minor factor in the US reimbursement landscape despite a handful of widely publicized examples and heightened interest in pursuing such deals.

That’s the view expressed by some of the more active US-based payers involved in developing outcomes-based risk sharing arrangements for prescription drugs, which generally link coverage and payments to real-world performance and incorporate the concept that manufacturers and payers share the financial risk associated with outcomes.

“I would say the interest has increased significantly but the execution has increased only modestly,” says Harvard Pilgrim Health Care Inc. specialty and pharmacy contracts manager James Kenney. "Outcomes-based contracts are early in their development but they are critical steps that must be taken to inform the structure and design of future agreements,” says Humana Inc. pharmacy solution president William Fleming, PharmD.

Humana is considered the most active large private payer engaged in outcomes-based risk sharing contracts. The national insurer has about 15 contracts currently in place, covering 20 drugs, Fleming says. But the company has chosen not to announce the contracts, so its activities have not garnered widespread public attention.

Mid-sized regional health care system Harvard Pilgrim currently has three outcomes-based risk sharing contracts and has several more in the works. It has been one of the more high-profile players in the field (see box). The health care provider has regularly issued press releases on its contracts, most recently for Eli Lilly & Co.'s Trulicity (dulaglutide). (Also see "Lilly's Performance Contract For Trulicity Hinges On Head-To-Head Superiority" - Pink Sheet, 29 Jun, 2016.)

It’s very difficult to accurately pinpoint the number of outcomes-based risk sharing contracts currently in effect in the US because many large payers, like Humana, don’t publicly announce them.

[UnitedHealthCare] officials told a meeting of the International Society for Pharmacoeconomics and Outcomes Research in May that it is aiming to expand its value-based contracting by executing three to five new ones in 2016. The insurer had only one in effect at that point. However, the company has not announced any further contracts to date. Similarly, Anthem Inc. does not publicly disclose such contracts, according to corporate communications director Joyzelle Davis.

“I think there are a variety of reasons why there is/is not publicity about some contracts,” Avalere Health VP, health economics and outcomes Kathy Hughes told In Vivo in an email. “Some payers are eager to publicize their efforts; others do not want to be barraged by potential contractees – they prefer to be in the driver's seat rather than the converse.  Similarly, manufacturers have varying philosophies about publicity/confidentiality – some fear ‘competition’ through public disclosure; others want to attract attention generally or specifically to enter into additional contracts.”

To add to the difficulties in tracking the deals, manufacturers and payers don’t seem to have a consistent definition for them. “We know that there are a variety of arrangements that come under the general heading of risk-based contracts, outcomes contracts, outcomes-based risk sharing arrangements and a range of other names,” Hughes commented. “Their specifics can vary dramatically – and some (personal opinion), I would not put into any of these categories – I would say they are discounts with a few bells and whistles.”

The publicized contracts are primarily in the commercial insurance space. (See Exhibit 1.) There are special obstacles to executing outcomes-based risk sharing contracts in Medicare, such as concerns with violating federal anti-kickback laws. (Also see "Value-Based Contracting Needs Federal Safe Harbors To Flourish, Lilly Says" - Pink Sheet, 15 Jun, 2016.) Manufacturers say they are seeking specific “safe harbor” guidance from the HHS Office of Inspector General before they venture into such novel contracts in Medicare.

But even in the private market, the reasons such contracts have not gained more traction to date generally revolve around the fact that they’re hard to do. Contracts involving traditional rebate or discount arrangements are easier and more familiar to manufacturers and payers, so continue to be much more common.

Challenges in executing outcomes-based risk sharing contracts include agreeing to appropriate and feasible endpoints that could demonstrate a drug performs to expectations. In addition, payers may not have the data infrastructures in place to support contracts, making collection and processing the necessary information difficult and expensive.

Nevertheless, outcomes-based risk sharing agreements offer manufacturers an opportunity to gain access to reimbursement in an environment where payers are increasingly cost conscious and interested in data demonstrating a drug’s value. The pressures are real and growing. ( (Also see "A Road Map To Strategic Drug Pricing" - In Vivo, 16 Mar, 2016.).)

For payers, outcomes-based risk sharing contracts can offer more certainty around expenses. So manufacturers and payers keep talking about them and are finding ways to reach agreement in certain cases. The recent proliferation of tools to score the relative efficacy, safety and costs of competing products can help advance the discussions. (Also see "Scoring Value: New Tools Challenge Pharma's US Pricing Bonanza" - In Vivo, 21 Oct, 2015.)

One of the more successful drugs in terms of outcomes-based contracts appears to be Novartis’ Entresto, which is struggling to compete with much less expensive options after launching in mid-2015. (Also see "Novartis To Payers: Entresto Works Or You Get A Discount" - Scrip, 12 Feb, 2016.) The three contracts for Entresto that have been publicly announced tie outcomes payments to the drug’s ability to help patients avoid hospitalization, a relatively clear-cut outcome demonstrated in Entresto’s clinical trials – and an expense payer’s would be eager to avoid.

“To me, the best kind of contract is one that is simple and to the point. And the best example I could give you is one that is tied to hospitalization,” says Humana’s Fleming. “If a person gets hospitalized while on treatment that’s probably a bad outcome for a patient. It means something didn’t work, maybe the patient didn’t take the medication as directed, or maybe the treatment was just ineffective. It could be a range of possibilities.”

“If we know that patients who are adherent on Entresto are going to have … 17% less hospitalization, which is what the clinical trial data show, over a one- or two-year period, you can begin to project what that savings might mean for the plan, and maybe it’s an opportunity to change the formulary or encourage use of the product,” Harvard Pilgrim’s Kenney points out.

In public discussions, manufacturers point to regulatory challenges as major obstacles preventing more wide-scale adoption of outcomes-based contracts. Medicaid’s “best price” requirement is often cited as a significant barrier. Under Medicaid rules, pharmaceutical manufacturers must offer Medicaid agencies the cheapest price they give any payer (with a few exceptions, such as the Department of Veterans Affairs).

That means if a drugmaker enters into an outcomes-based contract with a private health plan and then has to provide the agreed-upon discount, the resulting price could become the new benchmark for calculating the Medicaid best price. The rebates offered to a private insurer under one value-based contract could establish a new and lower price that must be offered to all Medicaid programs.

Here’s how manufacturers fear it might play out, according to Harvard Pilgrim specialty and pharmacy contract manager James Kenney: most outcomes contracts have a base rebate blended with an outcomes pricing component. If the base rebate is 20% and the outcomes component could yield an additional 5%, the net price discount under the contract could be 25%, which represents a deeper discount than the 23.1% base rebate required for brand drugs in the Medicaid program. For the manufacturer, that would create a 1.9% price “liability” to Medicaid agencies across the country.

Nevertheless, the Medicaid best price challenge is not insurmountable, payers believe. “The best price issue is valid. However, it’s completely manageable,” Kenney maintains. “The way around it, very simply, is you put a clause in the contract to protect them … that says we have all these outcomes components in there and at no point in any given quarter will an outcomes payment combined with the base rebate exceed” the Medicaid rebate, he says.

The other regulatory obstacle often cited by manufacturers has to do with FDA’s restrictions on off-label communications between manufacturers and payers. However, “I’m not sure I buy into that directly,” Humana’s Fleming says. “If I look at a manufacturer and say, ‘I want you to take risk on hospitalization – if a member is hospitalized while on your treatment for any reason, then you ought to be held accountable for that’ – some manufacturers might say, ‘I’m willing to do that but that’s not in my label, so I can’t.’ I’m not sure I buy that FDA would say they couldn’t take that type of contract.”

That’s not to say that payers don’t support more flexibility in FDA’s regulations around manufacturer/payer communications. They are particularly interested in getting more information on a drug before it is approved, so they can more efficiently plan ahead for expenses, Fleming points out. (Also see "Alzheimer’s Drugs and Medicare: A Case For Pre-Approval Discussions" - Pink Sheet, 21 Sep, 2016.)

It may be that the best outcome from current experiments will be creating the necessary data infrastructures to support future arrangements. Express Scripts Holding Co.chief medical officer Steve Miller, MD, has suggested that will be the case, predicting they probably will not do much to lower costs initially. (Also see "Building A Foundation: Express Scripts’ Miller On Recent Outcomes-Based Contracts" - Pink Sheet, 29 Feb, 2016.)

Cigna Corp. senior VP, integrated clinical and specialty drug solutions Christopher Bradbury agrees about the value of building data systems. “This is one of the wonderful parts of these outcomes-based incentive agreements,” he said in an interview. “It pushes us and others forward in terms of investing in additional analytics, investing in additional insights that help us understand, and the industry understand, what type of value clinically and financially is driven short term by different products.” (Also see "Cigna’s Bradbury Talks PCSK9 Contracts And Value Versus Volume" - Scrip, 11 May, 2016.) It is hard to know whether the contracts are saving money or improving outcomes because little to no data have been publicly released on how the arrangements are working. However, Cigna is committed to being more transparent about results, Bradbury said.

Alzheimer’s Drugs and Medicare: A Case For Pre-Approval Discussions

Novartis To Payers: Entresto Works Or You Get A Discount

Instead Of VC, Try Philanthropy: Inside Medical Research Charity LifeArc