Olympus Dives Back Into M&A With Image Stream Medical Buy

When Olympus Corp. re-entered the M&A arena after five years of "back to the basics," it was via the purchase of a company that meets every parameter of its requirements. Nacho Abia says that OR integrator Image Stream Medical should also help the Japanese multinational stay on course to meet value-based – and ambitious mid-term sales – targets.

Global medtech compliance was the theme of the conference that panelist Nacho Abia was addressing in Amsterdam last month, but the Olympus Corp. of the Americas' president and CEO would be forgiven if he were at all distracted. A few days prior to the Global MedTech Compliance Conference in early May, Olympus had moved back into the M&A arena in agreeing to buy OR image systems integration company Image Stream Medical Inc.

This transaction is significant in more ways than one. It is the first dip back into the M&A pool for Olympus' medical businesses since buying specialist endoscope developer Spirus Medical LLC in 2011. It also marks the group's successful passage through its 2016 Corporate Strategic Plan (16CSP). (Also see "Olympus Targets A Bigger Medical Future" - In Vivo, 8 Aug, 2016.). And it meets all the quality standards (improving clinical outcomes, reducing overall costs and enhancing patients' quality of life) that Olympus Corp. president and representative director Hiroyuki Sasa looks for in M&A projects.

During a break in GMTCC proceedings, Abia recalled for In Vivo the chronology of developments that led to the offer for Image Stream Medical. A new corporate governance framework and new rules had been introduced into Olympus after the 2011–12 financial scandal in Japan. Sasa was hired in April 2012, and, with a new management team, instilled a culture of "back to the basics." That meant "going back to the things we know how to do – how to provide physicians with good tools for the job," explains Abia. But at the same time, a halt was put on M&A activity.

In the five years of back to the basics, Olympus invested in sales force and engineering capabilities both in and outside Japan. But when its new CSP kicked in in 2016, it meant a gear change. "We were back to M&A – or at least back to considering it." Olympus became very active in both Tokyo and the US in looking at M&A opportunities. It homed in on Littleton, MA-based Image Stream, a company Abia was eager to get involved with from the very beginning. "Image Stream is really a perfect fit with what we are doing," he says.

The target acquisition is by no means a start-up, having been established in 1999, and recording fiscal 2016 sales of $31 million. Abia stresses the company's high expertise in systems integration, being almost exclusively focused on the OR environment and having the ability to connect everything in the OR, and streaming the information through the relevant platforms. "It might sound easy, but there are actually very few companies in the world that can do it well," Abia concedes. 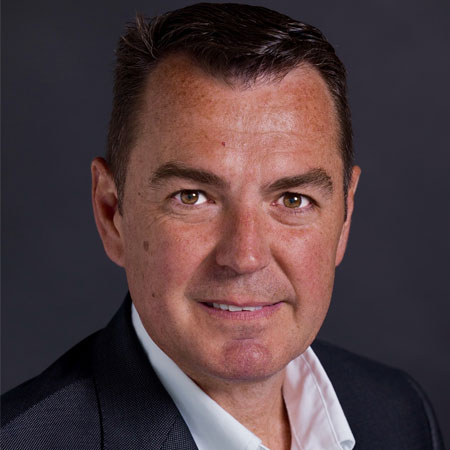 Olympus signed the definitive agreement on April 28, and the transaction closed officially at the beginning of June. There are no anti-trust issues, and the price being paid is between $78 million and $87 million, depending on milestones, including CE markings and new product development progress.

But Abia is firm that "Olympus will not pursue M&A simply for market share or to increase its size. It has to be complementary – we look at M&A from a very strategic standpoint." Image Stream Medical's key strength lies in its sophisticated visualization know-how; but another main attraction is that its technologies have intuitive interfaces, making the nurse's job in the OR as straightforward as possible. "When we put our products together, it will be a case of 1+1=5!" says Abia.

A Complete Service In The OR

The purchase means that Olympus now has most of the components for a complete value-based and service-oriented offering in the OR, Abia claims. Hospitals increasingly prefer to deal with fewer companies that are more able to control the space, integrate and connect everything in the OR environment. "I'm really excited about the tremendous synergies," he adds.

The acquisition will initially benefit customers in the US, where Olympus is seeking to build a leading global systems integration platform, to be rolled out to customers over time. Surgical endoscopy will be the first OR business to benefit from the integration of Image Stream Medical, but the plan is to swiftly expand it to other businesses. Image Stream Medical will operate as a wholly owned subsidiary for the foreseeable future.

Olympus has set its strategic direction – improve clinical outcomes, reduce overall costs, enhance quality of life – "because we believe it is the right thing to do," states Abia. He feels there is an obligation on the medtech industry to think beyond pure economic interest. Early diagnosis is one element in this approach. "Prevention, from a philosophical point of view, is the best way to take care of the population, but there isn't much political commitment for it," he says, adding that as a medical equipment developer, "we do have to contribute to that."

So Olympus' role is to get in early, diagnose, and then treat in the least invasive manner possible. Colon cancer is a prime example: it will affect 5% of the population, but finding it at an early stage is possible, and in Abia's words, an "absolute no brainer."

Image Stream Medical fits the M&A brief, and Olympus will continue to court selective targets that do likewise. In nine years, the Japanese group has made only three medical acquisitions – Gyrus Group PLC and Spirus Medical LLCpreceding Spiration Inc. – and Image Stream Medical is the fourth.

Olympus' M&A radar extends outside the group's traditional core activities. It has been looking very closely at the orthopedics arena – an admittedly complicated, crowded and competitive market that features a number of powerful companies. "We look at it from the point of view that we have the imaging piece and endoscopy piece. But we also have a lot of respect for the competitors, and would not go into those markets unless we could really bring something to them," Abia emphasizes.

Ideas have been floated over the past 12 months, but Olympus has yet to convince itself that orthopedics is the right market. "We're not going to compete on price. We need to find what the value is for us, and that has to be something that adds to the existing solution and makes it better for the customer," he says.

And Abia stresses that although M&A tends to get the headlines, the majority of Olympus' growth will still be generated internally. The group restructure gave more leverage to the business unit heads to create more innovative products.

Another approach is distribution agreements, like the deal with Norgine Pharma for the colonoscope tip device, Endocuff Vision. "It helps physicians see more in the process, and this is the type of solution we are looking for." While not wanting to develop all the products it sells, Olympus doesn't necessarily see the need to acquire the companies with which it has distribution deals. Abia points out, "We have a strong presence and a very large sales force in the US, and the capability to sell any product. So this opens up prospects for agreements with companies that don't have the power to sell the product themselves."

Both commercial and provider partnerships are seen as more important now that health care is reaching another inflection point. If the financing and demand situations continue as at present, governments won't be able to pay for their health care needs, Abia tells In Vivo. It was a point he stressed during his GMTCC panel, on navigating the shift to value. "The current model is not one that can be sustained. How will we pay for health care in the next 30 to 40 years?" he wondered. And yet medical devices represent just 5% to 6% of average health care costs – a small amount given the impact of what they provide.

Abia recommends that together with authorities, medtech companies must discuss how to define value-based health care. "From a business point of view, that would clarify a lot of issues. We have positioned the Olympus group towards a value-based approach, and we were already working on it even before the US government began to champion it," the OCA president observed.

Sitting alongside Abia on the GMTCC panel in Amsterdam, Ted Acosta, EY's America's vice chair of risk management, agreed with his stance, saying, "We need to look at the value of care by outcomes, not measure it by volume of activity, but by quality of life."

Abia's view is that companies are already changing their business models to provide more integrated offerings that include services. For Olympus, the Image Stream Medical deal is simply one part of that evolution. Another part is the pilot projects that the group is doing in data analytics. "It's a move from selling products to selling services," says Abia.

On May 2 (shortly after the Image Stream Medical deal was announced) Olympus released fiscal year 2017 (to March 2017) sales and results. The medical business showed a 6% drop in reported sales, at Yen 575.3 billion ($5.17 billion), but a 4% rise on a constant currency basis. Divisional operating profit was down by 18% on a reported basis, at Yen 115.5 billion, but up by 1% on a constant currency basis.

The Yen's strong appreciation against the dollar in FY2017, to Yen 108 from Yen 120 over the 12 months, shows the forex headwinds faced by Olympus, which records 34% of consolidated sales in the US (and 23% in Europe). FY2018 medical sales (five specialty areas) are currently predicted by Olympus to rise by 4% to reach Yen 601 billion, with operating profit up by 3% at Yen 119 billion.

This nevertheless seems to make the CSP's five-year plan medical sales target of Yen 900 billion seem rather more distant than it was in FY2016. Abia is undaunted: "We've fallen a bit behind the CSP, but the CSP is still absolutely valid for us." He notes that Sasa himself has said publicly that Olympus will have good and bad years in terms of exchange rates. "But as to the Yen 900 billion, we still believe we can do it," says Abia.

Insmed CEO On Innovating To Compete In Rare Disease

Twist's Unconventional Approach, Adding Value One Rung At A Time