Stem Cell Research Progress In The US: Where Are We Now?


The history of stem cell research has been marked by a combination of great promise, disappointment and controversy. But progress is being made, with a number of stem cell therapies approved and many more in the late-stage pipeline. While the US has lagged behind other regions in stem cell therapy approvals, recent developments on the regulatory front are intended to provide a clearer path forward and accelerate development. 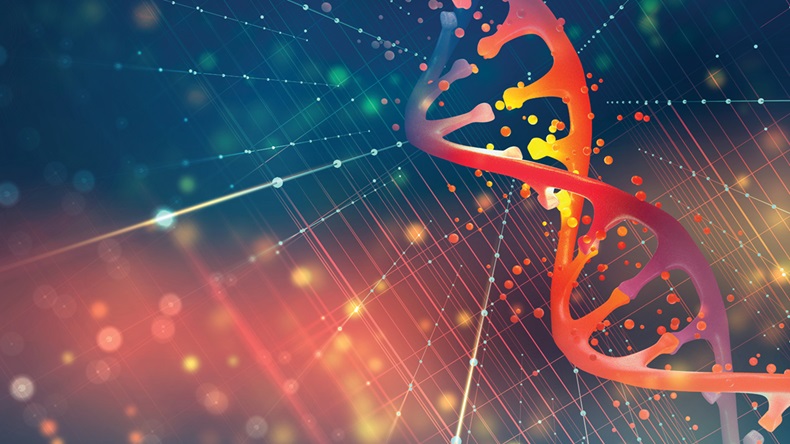 The history of stem cell research has been marked by a combination of great promise, disappointment and controversy. But progress is being made, with a number of stem cell therapies approved and many more in the late-stage pipeline. While the US has lagged behind other regions in stem cell therapy approvals, recent developments on the regulatory front are intended to provide a clearer path forward and accelerate development. Looking at marketed stem cell therapies and those in development, there are trends emerging in the US that are influencing stem cell R&D and deal-making. While the outlook for stem cell therapies is improving, unique commercialization challenges remain that developers should consider early in the clinical development process if they are to succeed in gaining marketplace access and adoption.

Stem Cell Types – Where The Action Is

There are two major groups of stem cells – embryonic and non-embryonic. Embryonic stem cells (ESCs) are derived from three-to-five-day-old embryos and hold the most potential as they can be used to regenerate any cell type. However, both ethical and safety concerns have restricted ESC therapeutic development. While no ESC therapy is currently on the market, several companies have been successful in early-stage clinical trials for the treatment of macular degenerative conditions. Other indications where ESCs are being explored include type 1 diabetes, amyotrophic lateral sclerosis (ALS), Parkinson’s disease and spinal cord injury.

Adult stem cells – including mesenchymal stem cells (MSCs) and blood-forming hematopoietic stem cells – are found in small numbers in some adult tissues, such as bone marrow or fat. Compared with ESCs, adult stem cells are more limited in their ability to regenerate other cells. Despite this, their use in the treatment of disease has been much more successful, as exemplified by the widespread use of bone marrow transplants where a patient’s own (autologous) cells or a donor’s (allogenic) cells are transplanted into the patient to treat diseases such as blood cancers.

The majority of ongoing stem cell trials use MSCs. These cells can be isolated from bone marrow and other tissues such as adipose tissue, umbilical cord tissue and placental cells. They are amenable to in vitro expansion and can differentiate into osteoblasts, chondrocytes and adipocytes. As of 2016, there were over 490 clinical trials using both allogenic and autologous MSCs; key disease areas include graft versus host disease (GvHD), cardiovascular diseases, bone and cartilage disorders, immunological conditions and neurological diseases. The world’s first marketed stem cell therapy using MSCs – Prochymal (remestemcel-L) developed by Osiris Therapeutics (later acquired by Mesoblast Ltd.) – was approved in Canada in 2012 for the treatment of acute GvHD in children, the leading cause of transplant-related mortality.

Induced pluripotent stem cells (iPSCs) are generated from adult cells by overexpression of certain transcription factors, which make the cells similar to embryonic cells at a cellular level. These cells were once thought to offer great potential for therapeutic applications but clinical development has proven challenging. Despite numerous setbacks, some clinical development is ongoing, and international academic and commercial groups have reported encouraging results in age-related macular degeneration (AMD) and GvHD.

US Is Late To Game

Historically, there have been more stem cell products approved in other geographies compared with the US. Notable products that have been approved outside the US include Holoclar (approved in the EU for cornea damage), Neuronata-R inj. (autologous MB-MSC; approved in South Korea for ALS) and Alofisel/Cx601 (darvadstrocel; approved in the EU for gastrointestinal fistula). Recent clinical trial successes owe to the advantages associated with using allogenic products, targeting of indications with high unmet need, and improved clinical trial design and endpoint selection. There has also been significant development in cell type identification/selection and preparation technologies that are critical for successful stem cell product development.

However, overall progress in the stem cell field has been slow due to a number of obstacles, including complex administration and special handling requirements, requirements for “hard” clinical trial endpoints for certain indications and hurdles to ethics committee approval.

Stem cell therapy development in the US faces additional challenges. The only FDA-approved stem cell therapy products to date are limited to hematopoietic progenitor cells derived from cord blood (see Exhibit 1). According to a survey of academic cardiologists/interventional cardiologists, ophthalmologists and rheumatologists conducted by Syneos Health (SERMO RealTime platform, conducted June 2018), key reasons for the lack of stem cell product approvals in the US include insufficient government support and more stringent FDA requirements for trial design and approval compared with other regions. However, recent updates to the regulatory process in the US hold promise for accelerating development and commercialization of stem cell therapies going forward.

Exhibit 1.
Currently Approved Products In The US

The creation of the breakthrough designation for products treating serious or life-threatening diseases may allow the US to catch up over time by providing increased FDA guidance and potentially accelerated review for appropriate products. Kite’s CAR-T approval is a recent example of how this program can be leveraged to accelerate development.

In addition, the 21st Century Cures Act, enacted in December 2016, provides additional funding for stem cell research and requires the FDA to facilitate an efficient development program for, and expedited review of, new medicines meeting the definition of a regenerative advanced therapy – now referred to as the Regenerative Medicine Advanced Therapy (RMAT) designation. RMAT designation gives the sponsor of a new drug access to increased meeting opportunities with the FDA, in a manner comparable to those offered to sponsors of breakthrough-designated therapies. The RMAT designation may require a lower clinical evidence burden to obtain than the breakthrough therapy designation, though this awaits clarification. Furthermore, RMAT designees acquire the ability to incorporate real-world evidence (RWE) and potentially other non-traditional approaches into the approval process. However, it remains to be seen whether this initiative will achieve its goal of facilitating faster development while maintaining safety and efficacy standards. In addition, the FDA has promised to revise their guidance on regenerative medicines sometime in 2018 to keep up with and parallel advances in stem cell research technologies and innovation.

The near-term pipeline for stem cell therapies in the US looks promising, with a number of products in Phase II and above, including remestemcel-L (Mesoblast), which is preparing to file a BLA for acute GvHD. Other key areas of focus for stem cell therapies being developed in the US are cardiovascular and immunotherapy indications (see Exhibit 2).

Exhibit 2.
Stem Cell Pipeline In The US

There have been 11 acquisition deals completed in the US over the last few years, with over $1.5bn in total deal value since 2015. Notable deals in 2017 included Astellas Pharma’s acquisition of Universal Cells for up to $102.5m in up-front and milestone payments; the acquisition of Calimmune by CSL’s CSL Behring unit for $91m up front and up to $325m in milestones; and BioTime’s purchase of 21% of Cell Cure Neurosciences’ shares from Hadasit for $12.4m. Although ex-US, Takeda’s $628m acquisition of TiGenix, which closed in June 2018, is a major event in the stem cell research world, signaling Takeda’s high level of interest in the stem cell space. Takeda hopes to leverage TiGenix’s expertise to accelerate development of novel stem cell therapies, including Cx601 for the treatment of complex perianal fistulas in Crohn’s disease.

While interest in and awareness of stem cell therapies is high, significant barriers exist to their successful commercialization.

As stem cell therapies start to clear development and regulatory hurdles in greater numbers, interest among treating physicians and patients is certain to be high but that alone is unlikely to guarantee commercial success. Awareness of stem cell products in development is already high in therapeutic areas where stem cell therapies are likely to launch, as 78% of ophthalmologists, 56% of cardiologists, and 45% of rheumatologists screened in the Syneos Health survey reported a high degree of stem cell therapy product awareness.

While interest in and awareness of stem cell therapies is high, significant barriers exist to their successful commercialization. A report published by BMC Biotechnology on challenges facing the commercialization of several cell therapies, including stem cell therapies, indicated that postmarket challenges such as manufacturing costs, storage and distribution, reimbursement and convincing providers to change their treatment practices are likely to be key challenges for new entrants. Based on these insights, stem cell product manufacturers should begin planning for these commercialization considerations early in the development process. Results from the Syneos Health survey indicate that journals, conferences and peer-to-peer interactions are important drivers of product awareness in this space. An early focus on physician engagement and education is likely to be key to driving access and adoption.

The development of stem cell therapies in the US has lagged primarily due to widespread clinical failures, limited government investment and a challenging regulatory environment. However, a promising clinical pipeline and an improved regulatory landscape are increasing momentum in the space. As more stem cell products advance into late-stage clinical development in the coming years, researchers and manufacturers would be well-advised to anticipate and address early-on the unique commercialization challenges stem cell therapies present in order to achieve successful product launch. While physicians reported a high level of interest in adopting stem cells (average rating of 6 on a scale of 1 to 7 where 1 = very low interest, 7 = very high interest) in a Syneos Health survey, few were able to recall specific products/trials and most expressed that peer experiences/recommendations along with product efficacy and safety would be the most important factors in their adoption. A structured and comprehensive go-to-market strategy, along with a clear engagement/communication plan, would ensure that key stakeholders understand the product value proposition and how it would address current unmet needs.