A rush in the 2010s of high-tech and digital companies focused on women’s health and wellbeing are maturing, adding weight to the more traditional women's health market that has struggled to get attention from investors in the past. 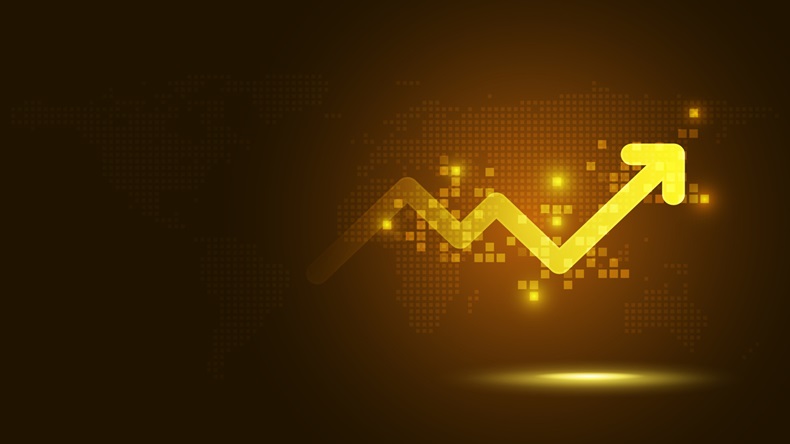 The femtech market is expected to see annual revenues of more than $1bn by 2024, growing at a compound annual growth rate of 12.9% according to recent data from consultancy group Frost & Sullivan. But femtech, when including more traditional women’s health therapeutics companies alongside tech solutions, has the potential to be a $50bn market by 2025.

Women’s health is a familiar term in the biopharma industry. But as a therapeutic area it has seen limited investment and stifled innovation compared with other research areas like oncology and diseases effecting the central nervous system. However, a wave of high-tech and digital solutions focused women’s health companies have come to the fore in recent years, adding weight to the market and expanding its reach.

Ida Tin, CEO of female health app, Clue, is credited with coining the term femtech. Clue, an app that launched in 2013, is used to track a woman’s period. It is described as “an easy-to-use solution that helps you make sense of your periods, cycle patterns, fertility and menstrual health.” Tin reportedly started using femtech as a way of grouping together technologies and products that were forming around the same time as Clue, all of which had an emphasis on women’s health and research. The term, similar to medtech or fintech, made it easier to talk to the media and investors about these companies and their developments.

Femtech start-ups initially focused on issues such as pregnancy, periods and menopause – but the sector has grown to include products and services tackling particular diseases affecting women.

Taking out therapeutics, the femtech market is estimated to see annual revenues of $1bn by 2024 and be valued at around $10bn by 2025. Including pharma companies developing products for diseases affecting only women, market estimates are around $50bn by 2025.

Christina Jenkins, host of the virtual salon discussion on 30 September, and venture partner for Portfolia’s FemTech and Active Aging and Longevity Funds, said that generally speaking femtech products and services must be unique to women but importantly should include diseases that disproportionately impact women. “Cardiovascular disease kills more women that breast cancer does, women are three times more likely to be diagnosed with an autoimmune disease, they are twice as likely to be diagnosed with Alzheimer’s disease or depression,” she noted.

Jenkin’s noted that a combination of factors were fueling growth in femtech, such as a general dissatisfaction with health care. “What we pay for what we get in outcomes is not adequate – particularly in the US,” she said. Meanwhile, there has been an increase in the adoption of technological solutions globally, and greater understanding is evolving around the biological differences between men and women. There has been a realization more recently around “how little data and evidence we have about women specifically,” Jenkins said. “As we aspire to achieve personalized medicine, we are leaving out half of the global population.”

Menopause and general wellness are among the largest areas in femtech for market growth opportunities. Areas like menstrual care have the most widely adopted solutions to date. “The takeaway is that there is room for everyone to grow, this is an underserved market and we are bringing it mainstream,” Jenkins said.

Jenkins highlighted that over the last five years, venture capital groups had invested around $1bn in femtech, with much of that cash coming from the US, followed by China and then Europe. Putting that into perspective, VCs invested around $7bn in digital health in general over the same timeframe.

As well as greater understanding of female biology and access to new technologies, something else is spurring growth in femtech. Jenkins noted a rise in the number of female investors in venture capital companies, who were “more likely to recognize and act upon opportunities in women’s health.”

Speakers in the virtual salon told stories of how they needed female investors when getting their femtech companies off the ground. Surbhi Sarna, founder and CEO of nVision Medical, which has developed a catheter-based device for early detection of ovarian cancer, was seeking seed funding in 2011 but initially found the process challenging. “The product I was describing sounded like science fiction,” she explained. Sarna received between 30 to 50 ‘nos’ from potential investors before getting a ‘yes’ from a female investor, who agreed to fund the start-up despite not having the backing of her “all male partnership,” Sarna recalled. Two other female investors joined also in the seed funding.

Similarly, Kate Ryder, founder and CEO of Maven, a leading women’s and family digital health company in the US, was seeking VC investment around 2014. Ryder said she got feedback early on from two male investors that they would not invest in the seed round, because the company would not be able to raise a series A. They told Ryder, ‘No one invests in women’s health.’ Ryder, who had worked in the VC space, was able to raise a friends and family round to get Maven started. She launched the company while living in London, UK, which she said was a benefit because the stigma around women’s health was not as prevalent in Europe as it was in the US. “When you talk to European investors there is not giggling around women’s health conditions as much as there is in Silicon Valley. There is not the sheer discomfort on people’s faces when you talk about post-partum care,” for example. Maven’s first product focused on helping new mothers return to work.

Still, Ryder said raising the series A round for Maven was a challenge. She went through around 40 meetings with potential funders before meeting a pregnant investor, who was able to help her male VC partners understand the needs in women’s health and the opportunity at Maven.

CEO of Mycovia Pharmaceuticals Patrick Jordan, representing the more traditional women’s health company during the discussion, said it was important for companies in femtech and pharma to be able to demonstrate the value of their innovations. “Data becomes very important to surface these issues and show the value of what we are producing,” he said.

Jordan noted that recurrent vulvovaginal candidiasis (RVVC), the condition Mycovia is developing a treatment for, has a $14bn economic consequence for lost productivity. "And that is just scratching the surface when looking at other women’s health concerns that may have been silenced or don’t have a good venue for dialog," he said.

Asked about the potential impact of COVID-19 on the femtech sector, especially when considering shifting priorities of investors and large cap health care companies, the virtual salon panelists were optimistic.

Mylene Yao, co-founder and CEO of Univfy, said there would be disruption for some time across all of health care caused by the SARS-CoV-2 virus – both good and bad. But she highlighted the greater adoption of telehealth as a positive result of the pandemic for the femtech sector. She said women, especially mothers, were benefiting from more flexible access to health care through virtual and telehealth technologies.

Jenkins noted that among her contacts, investors were not slowing down during the pandemic and have continued their deal-making activities. “We have seen some great investment opportunities,” she said.

Sarna noted that clinical trial enrolment had been a challenge over the last six months because of COVID-19, but she expects patient willingness and interest in clinical trials to “bounce back” soon.

‘Femtech’ Evolving Beyond Periods, Pregnancy And Postpartum: What’s Next In $1.2Tr Women’s Health

Instead Of VC, Try Philanthropy: Inside Medical Research Charity LifeArc

Deals In 2023: Partnerships And Modest M&A