The Talent Crisis: How To Improve Recruitment And Retain Biopharma Employees

What Does It Take To Hire And Keep People In A Competitive Market?

Job candidates have the upper hand right now, but recruiters, investors and employers say there are ways to attract, elevate and retain qualified candidates beyond just paying higher salaries. 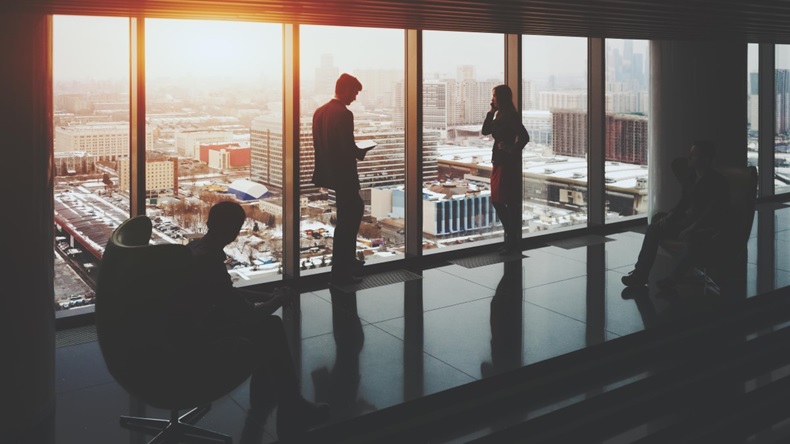 The amount of money invested in the biopharmaceutical industry in recent years has created more new companies than there are experienced executives to run them, so the recruitment of key talent has become more competitive than ever. Recruiters, investors and drug developers are learning what it takes to stand out when start-ups are competing with growth-mode firms while at the same time big pharma is dipping into the same talent pool to build teams around new products.

The flood of venture capital into new biopharma companies and the rising wave of initial public offerings to fund growing drug development pipelines has turned the challenge of recruiting the best possible candidates into a crisis with executive search professionals, venture capitalists and company leadership scrambling to identify C-suite prospects from within and outside of their established networks.

Finding good leaders always has been hard, but record-breaking VC investment and IPOs, COVID-19 and diversity initiatives have compounded the growing problem.

In addition to CEOs, chief financial officers and chief medical officers, senior vice presidents and vice presidents can also be tough to recruit as well as certain specialists, such as computational biologists and people with cell and gene therapy know-how.

“We’re always busy, but this is another level of busy,” Leslie Loveless, CEO of the executive search firm Slone Partners, said.

Loveless said it was harder than ever to find biopharma executives for open positions not just because there are so many new companies, but also because candidates have more potential new jobs coming their way than ever before. “Candidates are getting contacted every day, in some cases, by a search firm or by internal recruiters at companies wanting to talk to them about whatever exciting opportunity they have,” she said. “It becomes a bit overwhelming for those individuals that are getting contacted every day or every other day about a new opportunity, and they have to be selective about where they spend their time because the truth is that they have jobs, they are working. You really have to have your story together in order to attract those very highly talented people.”

Patience And A Good, Consistent Story

Every company and every investor wants to hire an executive with extensive experience but those candidates already have jobs and likely settled into those positions just a short time ago. That is why patience is required to find the right person – and Loveless recommends planning for future hiring needs well in advance of seeking candidates.

“If I was giving a recommendation to a venture firm, or to a CEO at a start-up, I would say, 'Don't wait until you need the person tomorrow. Plan for it – plan for the hire that you need six months from now,' and encourage them to be forward-thinking,” she said.

Camille Samuels, a partner at Venrock, said her venture capital firm tends to be the founding seed investor for a lot of its companies “and often one of the key milestones to take the company out for a big [funding] round is hiring into certain key positions … and the good news is when we seed our companies we actually keep them at a low burn, such that if it takes three extra months to find that perfect CSO, it's OK, because we're not spending that much money.”

The next step is figuring out the right message to send to potential candidates so that the chance to work for a specific company looks like an opportunity that cannot be passed up.

The days of thinking that a company’s science is so compelling that everyone should want to work there are gone.

The days of thinking that a company’s science is so compelling that everyone should want to work there are gone, because there are a lot of companies that could make the same argument these days.

“And so it's really important for people that are on the side of looking for the executive to really engage in the process, and to be part of telling the story, and getting people excited about the company – the technology, the future – and helping to tell the story of why they're different,” Loveless said.

Venture partner Nina Kjellson at Canaan Partners agreed that executive recruiting is “a team sport.” She said candidates should get a consistent sense of a company’s business plan, scientific excellence and corporate culture from the board of directors and CEO all the way down the line to the firm’s receptionist.

A Case Study: BMS’s Approach To Telling Its Story

Amanda Poole, BMS senior VP of human resources for global commercialization and hematology, said the company filled more than 7,000 roles in 2020 and has hired almost 3,000 people so far in 2021. Poole acknowledged that BMS is competing for some of the same employees as start-ups and small biotechnology firms, especially in areas like CAR-T therapy development.

“There are absolutely overlapping talent pools and then there are frankly some individuals that want to be in that small biotech and that's the place where they feel like they can contribute their greatest potential,” she said.

Key to bringing new talent into BMS has been its larger portfolio of novel medicines through the integration of Celgene’s R&D pipeline and commercial portfolio. Emphasis on the company’s patient-centric focus and its efforts to create a diverse workforce have helped with recruitment as well, Poole said.

Those are features that BMS tries to communicate to potential job candidates early and often. The company’s talent acquisition team leads employee recruitment and hiring, bringing in external recruiting firms as needed, while working with executives to establish relationships with people outside of BMS that may be good candidates for future job openings.

“One of the things that foundationally we've tried to reinforce is kind of a manager capability and accountability when it comes to pipelining talent, understanding their external landscape, not waiting to be reactive when there is a position available,” Poole said. “Do we understand what that talent looks like? Are we maintaining and building those external connections in that network, such that when those positions present themselves, we're not starting from scratch, we're building on the constant conversations that we've had?”

“That's worked very well for us as I think about, in commercialization, how we've thought about executive leadership,” she said. “And that's a muscle that over the last couple of years we've worked hard to build both across our leadership, when it comes to that executive level recruitment, but also within our manager population as well.”

What To Do When The Well Runs Dry

With the well of experienced talent running low, biopharma companies need to get creative and may have to consider hiring a first-time CEO or CMO who has some attractive skills and the capacity to learn other necessary skills through leadership training or mentorship.

“We, at Venrock, have always been willing to bet on younger, less experienced leaders, more so than most VCs,” Samuels said. “We love experience too, like everybody, but we believe that the venture industry sort of over-indexes on experience, as opposed to integrity, truth-seeking and hunger.”

She cited Encoded Therapeutics Inc. CEO Kartik Ramamoorthi as a good example of a young, first-time CEO who is doing a good job with support from more experienced colleagues. The company closed a $135m series D venture capital round in 2020 and plans to initiate the first clinical trial for its lead gene therapy candidate ETX101 in SCN1A+ Dravet syndrome during the second half of 2021.  (Also see "Finance Watch: Notable Neuroscience VC Deals Include Nura Bio’s $73m Launch" - Scrip, 4 Aug, 2020.)

“For certain key positions, like manufacturing in gene therapy, he has recruited people sometimes even twice his age,” Samuels said of Ramamoorthi. “If he hadn't demonstrated the ability to get experienced people into certain key positions where you really have to have experience, then he wouldn't get the job, but he's done a wonderful job, despite being very young and less experienced, in building out his team.”

Venture partner Nina Kjellson at Canaan Partners said her venture firm was also increasingly putting first-time executives in C-suite roles with the expectation that they will learn from executive training programs, mentors and board members as they lead their companies.

“Our first-time CEOs are some of the best and the hardest working in our portfolios, and what they may lack in experience they make up for in scrappiness, relentlessness, creativity and just a ton of heart,” Kjellson said. “I also think that there is, in that next generation of 40-somethings, a more comprehensive leadership style that has more consciousness and empathy and inclusiveness.”

PhRMA issued a report, The Biopharmaceutical Industry: Improving Diversity & Inclusion in the Workforce, in December 2020. To set the stage, the report cited US Census Bureau data with analysis by TEConomy Partners, which showed the US population was 60% white, 12% Black, 18% Hispanic, 6% Asian and 4% other in 2018.

That did not mean Canaan’s more experienced CEOs were not good leaders, she noted, but said the next generation may just represent a shift from a command-and-control management style to one with more open communication.

“That's a really encouraging sign for the industry and for the cultures and the organizations that they're building,” Kjellson said. “That to me, more than anything, will be their superpower in terms of recruiting the best talent, because they are making companies that are going to be awesome to work for.”

Training Is Key For New Leaders And Retention

Leadership training and mentorship are important for first-time executives, but companies should invest in training and mentoring their existing employees so they can promote from within and prevent talented people from leaving for better opportunities. Such investments also can help companies diversify their leadership, because women and minorities are found in greater numbers in the lower ranks of biopharma companies.

“The single best way to keep your company populated with talent is to accelerate the women you already have,” said Robin Toft, chair and founder of the life sciences-focused Toft Group Division at ZRG, an executive search firm.

Only about 5% of life science CEOs are women, Toft noted, with women comprising only 20% of C-suite and senior vice president roles, while 52% of employees under those levels are women.

“So you have to do talent development for the first time ever; you have to accelerate the people you have; you have to show them how to create value and ask for opportunity, and how to lead,” she said. “We have to get more generous about career-pathing and how do I coach and mentor these people, how do I get them to escalate within, because they're already here and that retains your employees.”

Certain talented employees may be too junior to elevate to SVP and C-suite positions, but Toft said companies should invest in them now rather than lose them to another company that is willing to give them the bigger job that they crave.