Hayden Kennedy, AbbVie’s VP of global policy and US access strategies, and one of In Vivo’s 2021 Rising Leaders, shares her approach to tackling gender diversity and discusses how a background in government has helped shape her thinking in pharma.

Back To Rising Leaders Gallery

“Being a woman in a leadership position in any industry can be a challenge,” said Hayden Kennedy, vice president of global policy and US access strategies in the AbbVie Inc. government affairs team. “But I have learned that sharing experiences and speaking up is the best way to advance change at an individual level,” she said, speaking to In Vivo following her selection as one of our 2021 Rising Leaders. 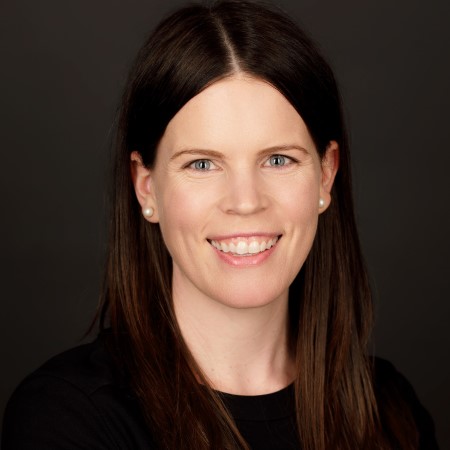 During her time as a senior leader at the US biopharma giant, Kennedy worked to establish a women’s mentoring group in AbbVie’s government affairs function. The group focuses on career development and features women in senior leadership positions who can share their experiences. Such examples have repeatedly been shown to encourage diversity, captured in the now widely shared mantra that ‘You cannot become what you cannot see.’ If this is indeed true, it is worrying for an industry in which just 660 executives out of a total of 2,745 were women in 2019, an improvement of less than 5% since 2014 (according to data collected from 384 public companies in pharma and biotech).  (Also see "Gender Diversity In Pharma: Caught Between Desire And Reality" - In Vivo, 11 Dec, 2019.)

“I have received feedback from participants that it has changed the way they engage with their managers and helped them realize their long-term career goals,” Kennedy said, adding “I am also fortunate to work at a company and in a department that takes equity, equality, diversity and inclusion seriously.” Gender diversity continues to be under the spotlight in all industries, and pharma is no exception.  (Also see "Keeping It Real: Communicating Authentically About Diversity, Equity And Inclusion" - In Vivo, 17 May, 2021.)

Kennedy’s role focuses on monitoring and analyzing US and international public policy proposals that may impact AbbVie and the patients who use their medicines, while also advocating for product access to Medicare and Medicaid formularies. The team she leads also develops its own policy proposals to leading issues, drawing on third party collaboration.

Starting in 2018, Kennedy developed the global policy group herself. “After establishing a foundation in the policy and analytics function at AbbVie, I now lead a team that uses the analytics to develop targeted access strategies for our key therapeutic areas,” she said.

“It has been a rewarding journey to lead an incredibly talented group of people and support AbbVie’s mission to discover and deliver innovative medicines that solve serious health issues,” she added.

The VP’s extensive experience in government has been of particular value to this role. “I spent nearly 10 years in the US Senate, which has afforded me invaluable experiences and insight into how public policy is developed and implemented in the US,” she said. Kennedy spent these years as a senior health policy advisor, which included work with the Senate Health, Education, Labor and Pensions Committee under Republican Senator Mike Enzi as well as the Senate Finance Committee under Republican Senator Orrin Hatch.

Her reasons for entering the health care industry are simple. “Health care is one of those rare industries where innovation can have a profound impact on people’s lives … I have worked in the public and private sector for more than 15 years to ensure patients can access these therapies and I cannot think of a more rewarding and exciting area of work,” she said.

Alongside obtaining her master’s degree in business administration at Johns Hopkins University and a bachelors in communications, law, economics and government, Kennedy was also a fellow at the Bryce Harlow Foundation – an organization supporting government affairs professionals. In 2013, National Journal recognized her as one of the ‘Most Influential Washington Women Under 35.’

Kennedy eventually decided to join the private sector. “I was drawn to opportunities where I could use this knowledge to inform a company’s strategic plan, and I was fortunate to join AbbVie. I frequently draw on my government experience to inform the team’s approach to planning related to policy proposals,” she said.

AbbVie needs analysis and ideas for the future management of public policy, in the US. Much of the pharma’s current efforts  surround the behemoth that is Humira (adalimumab) and managing the transition towards a portfolio less dependent on a single product. Humira is expected to face serious biosimilar competition from 2023 in the US.

Humira was the top-selling drug for the ninth year in a row in 2020, demonstrating remarkable staying power. It brought in global revenues of almost $23bn in 2015, representing an overwhelming 63% of AbbVie’s revenues. Sales have since grown to almost $46bn in 2020, though this now represents a more moderate – but still concerning – 43% of the company’s total revenues.

The longevity of Humira is largely down to the broad label AbbVie has built around it, addressing 14 conditions.  Still, the company has been criticized for more underhanded tactics to protect its cash cow. A recent example is Alvotech’s legal challenge over what it called AbbVie’s ‘wrongful monopoly’ over Humira – with the biosimilars company developing an adalimumab rival. Alvotech is accusing AbbVie of engineering an “improperly inflated patent portfolio” and pursuing anti-competitive practices to artificially prolong the life of its crown jewel.

With biosimilar competition now just two years away, AbbVie believes it can bridge the revenue shortfall with Skyrizi (risankizumab), an interleukin-23 inhibiting antibody therapy launched initially for psoriasis in 2019, and Rinvoq (upadacitinib), an oral JAK1 inhibitor approved for moderate-to-severe rheumatoid arthritis in August 2019. The company believes the pair can generate total revenues of $15bn by 2025, offsetting the sales erosion from Humira.

Another public policy area for which AbbVie is under the spotlight is corporate tax. The company paid an effective tax rate of just 9.5% between 2018 and 2020, which Senate Finance Committee chair Ron Wyden described as “stunningly low” in a letter to AbbVie chair and CEO Richard Gonzalez. This compares with rates of 20% in 2016 and 19% in 2017 prior to the Republican tax law passed in 2017. Company documents and public reports “indicate AbbVie accomplishes this [9.5% rate] by reporting income and registering patents in low-tax jurisdictions,” Wyden declared.

The senator criticized the company for using its “$10bn windfall” from the tax law to buy back shares rather than to lower the cost of its products, with Americans paying significantly more to obtain access to the company’s drugs than their counterparts in other developed nations.

Still, Gonzalez has highlighted that AbbVie “increased investments significantly in the US since the tax reform – in the last three years, we've invested $1.5bn. We committed that we'd do $2.5bn over time, and we exceeded that commitment.”  (Also see "From Pricing To Tax Havens: AbbVie On The Hot Seat Again With US Congress" - Pink Sheet, 3 Jun, 2021.)

From Pricing To Tax Havens: AbbVie On The Hot Seat Again With US Congress

Keeping It Real: Communicating Authentically About Diversity, Equity And Inclusion

Gender Diversity In Pharma: Caught Between Desire And Reality