The Microbiome’s Time To Shine

In this installment of our VC Playbook series, In Vivo sits down with Isabelle de Cremoux, CEO of Seventure. The company has been a pioneer investor in the microbiome space, which Cremoux believes has now reached a turning point. 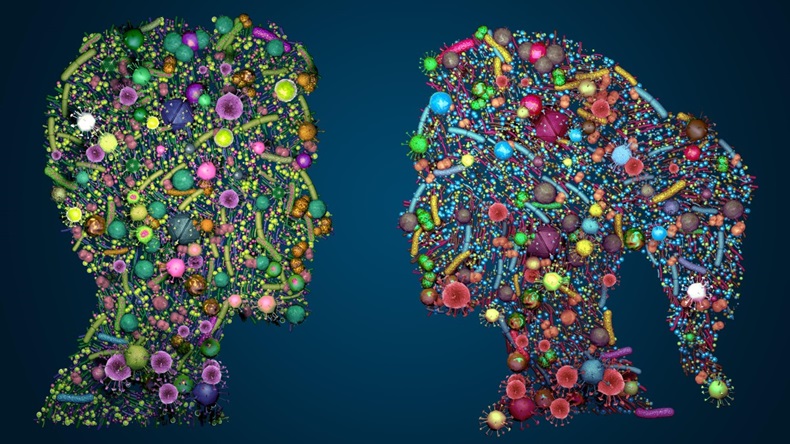 Paris-based Seventure Partners established its life sciences team back in 2001 and specializes in the convergence of the health and nutrition sectors. Its focus is on the microbiome, which the company designated as a key area for development in 2008, marking the group as an early mover in this space.

The microbiome sector has grown exponentially in recent years, with Seventure CEO Isabelle de Cremoux telling In Vivo, “2020 was a turning point, an inflection point.” The human body consists of anywhere between 10-100 trillion symbiotic micro-organisms including bacteria, viruses and archaea – the collective genomes of which make up what is now known as the microbiome. It is now understood to impact physiological functions in a multitude of ways, with research focused on investigating how exactly its interactions within the body contribute to health and disease.

Big pharma initially adopted a “wait and see” approach, said Cremoux. However, the industry has become increasingly involved in the microbiome space. She pointed to interest from Bayer AG, Boehringer Ingelheim GmbH, Pfizer Inc. and AstraZeneca PLC as examples. The latter announced a collaboration with Seres Therapeutics, Inc. in 2019 to explore how microbiome-based therapeutics can increase efficacy in immuno-oncology. “You have more and more [companies] joining the club,” Cremoux said.

Much of the recent big pharma deal making has been aimed at biotechs in Seventure’s portfolio. In January this year Eligo Bioscience entered into a research and option agreement worth up to $224m with GlaxoSmithKline plc targeting acne vulgaris. The biotech is developing a viral vector which carries a CRISPR based therapeutic targeting acne-causing bacteria, while leaving beneficial bacteria untouched.

In 2018 another of Seventure’s portfolio companies, Enterome Bioscience, entered into a second licensing agreement with Takeda Pharmaceutical Co. Ltd., following an initial drug discovery collaboration between the pair to research potential new therapeutics directed at microbiome targets. The new deal projects possible payments of up to $640m, with an initial $50m upfront for the global license of EB8018, Enterome’s lead candidate targeting Crohn’s disease. In the same year Microbiotica Ltd., also in the VC’s portfolio, entered into a multi-year collaboration with Genentech to develop microbiome-based treatments for inflammatory bowel disease (IBD) in a deal which could be worth up to $534m.

Cremoux argued that the microbiome offers an opportunity to correct some of the excesses of medicine over the past 100 years. “Life expectancy has increased by around 30 years mainly due to penicillin and antibiotic discoveries, as well as the cold chain for food and general hygiene,” she said. “In the same period chronic diseases have increased a lot because people went too far in the hyper-hygienic [pathway],” which has resulted in an alteration of the microbiome – particularly due to antibiotic resistance.

“Maybe this will be the century of balance,” said Cremoux, with health care fighting pathogens but “keeping the good microbes alive.”

A Question Of Maturity

With larger deals becoming commonplace, it can be easy to forget that just 5-10 years ago, there was little investor interest in the microbiome. “When we started the word [microbiome] did not even exist,” Cremoux said, “People were talking about gut flora.”

It was Seventure’s expertise and early focus on the role of nutrition in health care, or “nutrition with clinical evidence” as Cremoux put it, that “led naturally to the microbiome” – which the VC came to recognize as the next big thing. “The reason why those nutritional products had their efficacy, with their mechanism of action, was mainly linked to the microbiome. That’s how it started,” said the CEO.

Cremoux led the way, establishing the Health for Life Capital fund to focus on the microbiome, giving them a head start which has begun to pay off with the recent deals. In the early days, however, the CEO said that the sector faced many of the same challenges that any new science and technology is faced with. “Each time a new industry is emerging, we have the same questions and concerns at the beginning and the same cycle,” she said. “When the biotech industry was born the people coming from the chemical pharma sector had a lot of doubt and skepticism.” R&D focused on the microbiome has faced, and continues to grapple with, similar concerns around manufacturing and creating reproducible batches.

“But now nobody asks those questions about biologics. I think in five years no one will ask any questions around manufacturing ‘bugs’, it is just a question of maturity,” she said.

Looking Past The Hype

Like biologics before it, the microbiome is often touted as holding potential for treating practically all diseases, but Cremoux emphasized the “need to be realistic.” The CEO outlined what she believed were the short-term “quick-wins” as well as treatment areas where she sees the greatest promise in the longer term. “The quick win to me, meaning the first to be approved, is the FMT [fecal microbiome transplant],” stated Cremoux. She highlighted several companies which are currently in Phase III and are close to seeking approval or being approved.

Most imminently there is RBX2660, developed by Rebiotix – now a subsidiary of Ferring Pharmaceuticals after a 2018 acquisition. The microbiome therapy is targeting Clostridioides difficle infection (CDI) and presented the results of its positive Phase III trial at the Digestive Disease Week meeting in May 2021. Ferring’s chief rival looks likely to be Seres Therapeutics’ CDI-targeted candidate, SER-109, with the company reporting positive Phase III results in 2020.

Looking longer term, “it is in oncology that you will see he biggest hit,” said Cremoux. She pointed to MaaT Pharma SA, a Seventure portfolio company, which is developing microbiome-based candidates to treat blood cancer. Its lead candidate, MaaT013, targets steroid refractory acute graft-versus-host disease (GvHD), and recently reported positive results from a Phase II study.

COVID-19 Vaccination Programs And Implications Of The Human Microbiome

It is vital to understand the role of the microbiome in immunity and vaccine response, and how the microbiome may impact the effectiveness of COVID-19 vaccine programs in the real world.

Cremoux added that “many products are currently under trial for enhancing the microbiome composition to allow non-responders to checkpoint inhibitors to become responders … This is a huge market in many different types of cancers.”

Microbiome-based therapeutics could be shown to help underserved areas such as Parkinson’s disease and autism spectrum disorder (ASD) via manipulation of the gut-brain axis, said Cremoux. Another portfolio company, the US-based Axial Biosciences, recently completed a Phase Ib/IIa study for AB-2004 for ASD. A key benefit of this approach is that by harnessing the gut-brain access, the treatment is given orally and bypasses the need to cross the blood-brain barrier – a major challenge when treating neurological disorders.

There are also opportunities for preventative medicine. By focusing microbiome-based products and therapies on the first three years of a child’s life, you can stop many diseases from developing in the first place, Cremoux believes. “If you could have products during these first years helping to adjust the [microbiome] composition to the right balance then you have prevention,” she said, citing asthma as an example. “These first years are absolutely critical.”

Siolta Therapeutics, a portfolio company in this space, is using its expertise in the infant gut microbiome to prevent and treat inflammatory diseases, starting with its lead product targeting asthma, currently in Phase II trials.

The time since COVID-19 emerged could be split into two distinct periods, argued Cremoux. The first began in March “which was really a nightmare for everybody worldwide,” she said, highlighting the panic, lack of equipment, and the sudden shift to remote working despite many companies not having the necessary digital infrastructure in place.

But then, she said, everybody began to get used to it. Seventure itself has been working partly remotely and partly in the office since March 2020 and this “has not had an impact on our capacity to make deals or even exits,” said Cremoux. As for portfolio companies, again these can be split into two groups.

Those at the research and pre-clinical studies period were largely unaffected, she explained, while those at the clinical stage struggled. The latter group has experienced an average delay of between 6 months to year amid difficulties recruiting patients and limited capacity as health care institutions were diverted to deal with the pandemic, said Cremoux. For life-threatening indications, these issues were less pronounced as trials could not be so easily delayed.

While the company and the wider industry has adapted, “I wouldn’t say it is ideal either,” said Cremoux. “Of course, if we could visit the companies or do on-site visits and audits, that would be better.” The CEO argued that video-calling was limiting and “if you want to get to know people you have to be in the same room.”

The Outlook For Europe

While Seventure has adopted a much more global footprint while Cremoux has been at the helm, much of its portfolio remains European, and particularly French-focused. Asked about the state of play in the continent, the CEO is optimistic about the future of funding for late stage biotech.

She pointed to the tech sector as an example of what the life science industry could soon look like. “If we look at what happened recently for digital tech in Europe,” she said, “the flow of money for both private investment and for listings has increased a lot,” which has allowed listings to be done in Europe rather than on NASDAQ in the US. “One could envisage that the same pattern repeats for the biotech and life sciences industry,” she said.

This was not the case today, Cremoux noted. The US is still dominating from a listing and financial perspective. “To that extent I think COVID helps,” she said, as it has made people realize how important the life sciences industry is. The CEO noted that governments – and society – recognize it as a priority. Cremoux expects more funding to be put to work for both manufacturing capacity as well as R&D, with countries having assessed that sovereignty and independence is important when it comes to health.

“It will accelerate the ambitions of governments to actually do something,” she said. “I am optimistic for the next few years.”

As for her own aspirations, Cremoux stated that she is looking forward to seeing the first “billion-dollar deal” in the microbiome space – something which may not be too far off. It might even be in Europe.