Sublicensing rights, revenue considerations, licensed know-how and diligence milestones: getting these elements right in deals with academic institutions sets the tone for biotechs as they grow and seek partnering opportunities with big pharma. 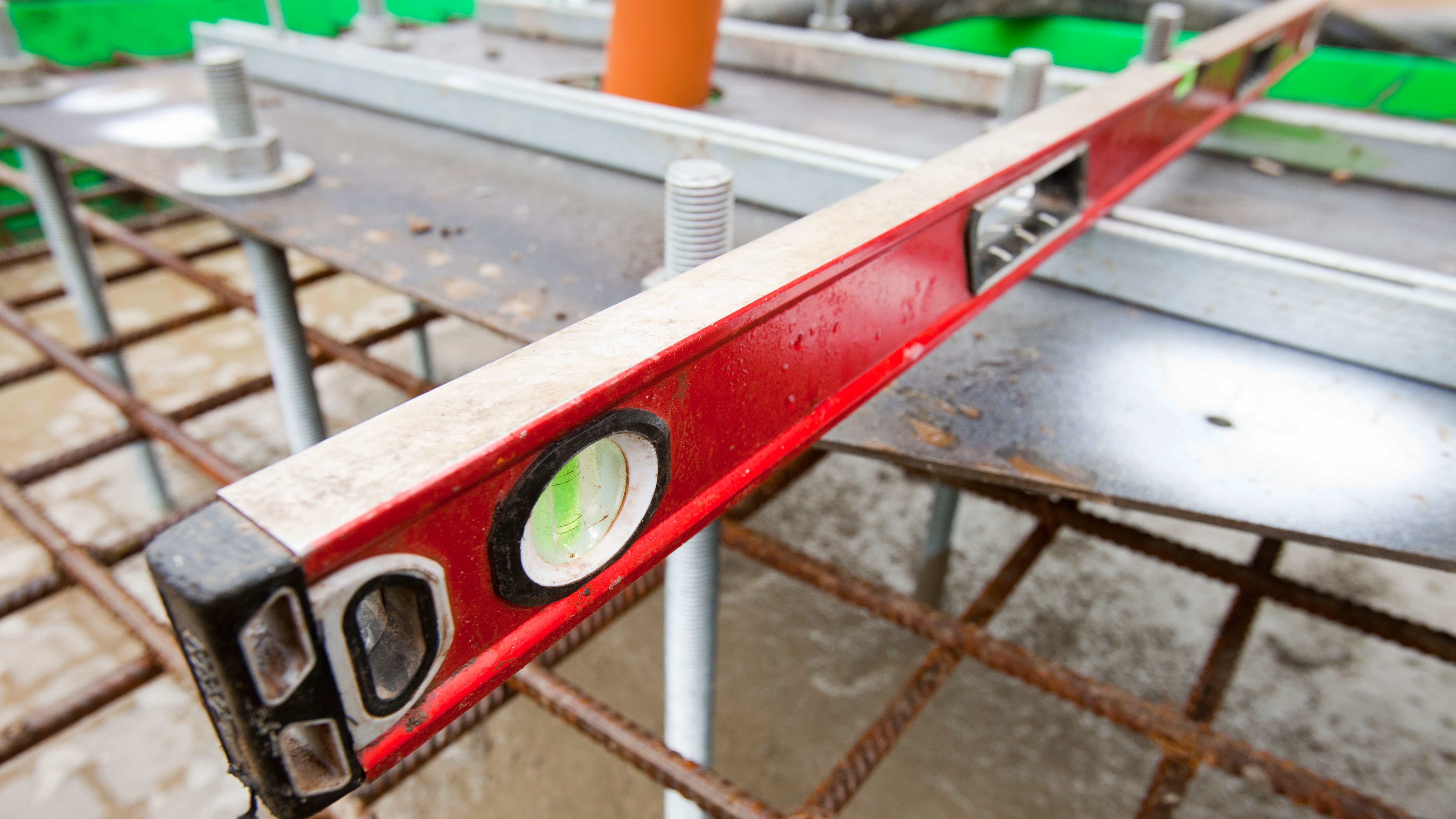 Prior to joining Cooley, Spolyar was senior counsel at Amgen, Inc.where he represented the company in a number of strategic alliances including its joint venture with Astellas Pharma in Japan and its collaboration with AstraZeneca PLC for several of Amgen’s inflammation programs.

Spolyar is expertly placed to observe and analyze patterns occurring in biotech dealmaking. In a recent article, he highlighted four evolving biotech to pharma partnering trends across the life sciences sector. In another conversation with In Vivo, Spolyar outlined key considerations that biotech leaders should focus on when striking deals with academic institutions. He highlighted important trends to watch for in sub-licencing contracts between start-ups and academic groups.

Pharma-Biotech Licensing Trends To Watch For In 2021

More option deals, greater use of alternative remedy clauses and aggressive diligence of assets. Geoffrey Spolyar, special counsel at Cooley, spotlights some of the changes he is seeing in pharma and biotech partnership agreements and explains why these trends matter in 2021.

When discussing biotech deals with academic institutions, Spolyar said it was important to realize key differences between US and non-US institutions. In the US, academic institutions benefit from a status that allows them to borrow money from the public markets tax free. Universities and their medical centers are registered with the Internal Revenue Service as 501(c)(3) charitable non-profit organizations.

The need for these centers to retain their tax-free status can impact the deals academic institutions make and the provisions they require in agreements with partners, such as biotech companies. This situation is different to many institutions outside of the US.

Within this context, Spolyar described five elements biotechs should pay close attention to when designing deals with academic institutions, particularly those in the US, spotlighting trends within biotech-academic contracts that can be troublesome downstream.

In deals with biotechs, academic institutions often seek consent rights. These rights can prevent a biotech from agreeing to subsequent sublicensing deals without specific consent from the academic licensor. Spolyar said this needed to be avoided because it can hinder future partnering deals for smaller drug developers. “The problem is, a small pharmaceutical company is never taking the product to market. They're either going to partner the program, or they're going to be acquired.” In this situation, where a smaller company is going to be seeking licencing deals with partners, it can be a challenge the academic licensor has consent rights.

Biotechs also need to prepare their agreements with academic institutions to allow for multi-tier sublicenses. If, for example, a biotech grants worldwide licensing rights for a product to a big pharma, which then seeks a partner for a specific market, the big pharma would not be able to make the deal unless the initial agreement included multi-tier sublicensing.

“That concept of multiple tiers, and the ability for the sublicensee to continue to grant further sublicenses down the line, that's important to big pharma,” Spolyar said. “Assuming you manage to get the right to grant sublicenses without consent, you also want that to be on multiple-tiers.”

There are options to negotiate around consent rights in deals. “There's going to be some things that are very specific that a university wants in a deal. Typically, they want to be a third-party beneficiary under any sublicenses; they want to make sure that all of the indemnification rights they have under the main license apply to the sublicensee; and they care a lot about insurance.” Spolyar said institutions often agree to forgo consent rights if provisions are made to determine who a biotech can sublicense to. For example, it could be agreed that the biotech must not sublicense to certain institutions or businesses, such as tobacco companies, or groups the university is litigating against.

Spolyar said it was a struggle to make these deals win-win for both academic institutions and biotechs, but that it can be done with careful consideration. “Academic institutions in the last 10 to 15 years have become more aggressive on the positions that they're taking. License agreements with them are taking a lot longer to negotiate,” he said.

Getting a clear deal with an academic group, that considers future developments, is essential for licensing deals, else biotechs face the challenge of having to renegotiate terms because their potential big pharma partner is not happy with the initial agreement. “You end up trying to fix something that would have been better to agree right off the bat,” Spolyar said.

There is an incentive for academic institutions to renegotiate the terms because the sublicensing revenue is how both partners will see a return on their investment into a product. “They don't want to stop your deal with a big pharma because if they do, then they'll get nothing. They do need to work with you at that point. But you'd be in a much better spot if you had these things done and fixed in advance.”

Getting the foundations right in academic agreements also sets the tone for future deals. “Say you’re doing a licensing deal with a big pharma, and that company is looking at your academic license agreement saying, ‘God this is awful.’  It could make them a little bit sour on the transaction. Someone in management might be asking, ‘Why do you think that this was a good agreement to enter into?’”

In deals with biotechs, academic institutions usually benef through a mixture of equity, upfront payments, annual maintenance fees, and then milestone and royalty payments. The last piece is sublicensing revenue, also called non-royalty revenue or income.  The percentage of sublicensing revenue is often tied to the development stage of the product, decreasing as the product reaches the later stages of development – where the biotech has now invested more than the academic creator.

Spolyar also raised the issue of profit-sharing as something he is seeing more discussion around for academic-biotech deals. He said this trend stemmed from a case where an academic partner later sought a higher percentage of profit from the sales of a successful cancer drug, where its smaller pharma licensee had agreed a profit share with a big pharma that had sublicensed the drug. “The academic group said, ‘I want 20% of the 50% profit-sharing you have.’ But the smaller pharma said, ‘No, that's not the deal, you are only supposed to get 5% of net sales on the sale of the product, you're not supposed to get a piece of profit.’”

Something Spolyar says “drives big pharma companies crazy” is licensed know-how. Here, an academic institution licenses its IP to a biotech developer, but the license does not cover only the initial product candidate; it includes any products that incorporate the “know-how.”

“Imagine you're a big pharma,” Spolyar elaborated. “You have bought out a biotech company that has an agreement with an academic group. The product is covered by valid claims. The big pharma thinks, once the patents expire or, if later, 10 years from launch, I'm done paying royalties and the license is fully paid up with respect to that product. Then, wait a second, it also says any product that incorporates the know-how. What is the know-how?”

A big pharma does not want to be caught in a situation where it is having to fight and say why it does not owe a royalty because it did not use the know-how. “And it's a little bit tougher when they don't even know what the know how is or was,” Spoylar said.

To avoid this issue, Spolyar says biotechs must include a schedule and cover in their agreements exactly what the know-how is. Also, the know-how must be confidential, proprietary information.

Agreeing On Flexibility For Diligence Milestones

Considering the role of academic institutions, these groups often have a mission to get IP to society, to make sure that the technologies actively being worked on are disseminated to the public. As such, the institution will often insist on diligence milestones in their agreements. These are usually agreed as a timeline by which certain goals must be achieved.

Spolyar said these diligence milestones were challenging because deals often center around a preclinical asset. Despite the early stage of development, these milestones can be as far reaching as commercial launch of the product candidate. “The notion that you know what's going to happen in the next seven to 10 years with any precision is just not realistic,” he said. If companies fail to hit diligence milestones, it could be considered a material breach of the agreement.

Diligence milestones were unavoidable, Spolyar said, but “it is definitely one of those clauses where you can try and soften it.” He suggested examples of companies being able to pay a small fee to extend a milestone timeline or agreeing the ability to be able to present a corrective plan, based on development progress. “It allows a company to sit down and have a discussion with an academic partner to try and come up with a solution for what the new milestone plan should be.”

Flexibility with diligence milestones, with agreements in place, was the key to avoiding costly challenges in later development, Spolyar said. Flexibility is also a benefit when presenting to a potential big pharma partner.

Finally, Spolyar highlighted the importance of defining net sales in agreements with academic institutions. “You start with the gross amount and then you start taking all the deductions to get to net. Academic institutions tend to be way behind industry on deductions. They’re not facing the market, so they don't seem to have the number of deductions that you would expect.”

Often, definitions presented by academic groups do not include the types of deductions that exist today. “It needs to be much more of a typical corporate-facing type of definition,” Spolyar said.