An increasing number of sophisticated tools are on offer to address new therapeutic challenges and remaining unmet needs. 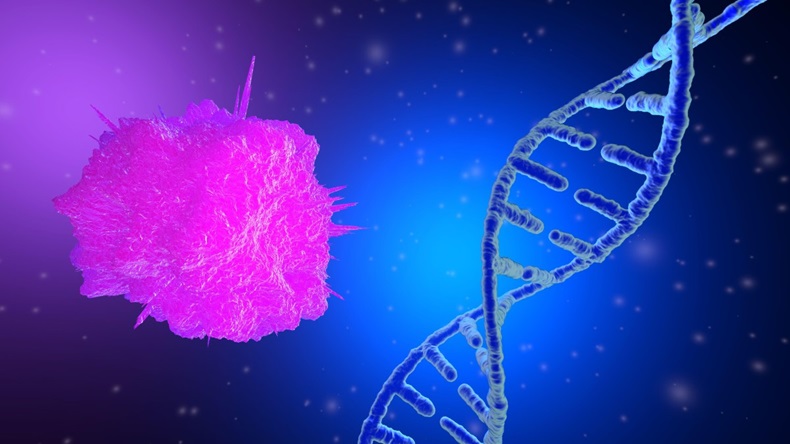 Approximately 540 million years ago in a condensed period of evolution, almost all major animal classifications started to appear and be preserved in the fossil record. This so-called Cambrian explosion produced the foundations for the evolutionary diversity that remains to this day. There are certainly parallels with the science-led innovation within the biotech industry, particularly over the last five years, delivering several new and differentiated drug platforms and greatly advancing the range of potential treatments today and in the future.

An increasing number of sophisticated tools are on offer to address new therapeutic challenges and remaining unmet needs. Within the last 10 years, the sector has seen the emergence of cell therapies, gene therapies and RNA therapies, with multiple approved treatment options within these modalities. Most recently, gene editing has started to emerge as a precise take on gene silencing with applications extending to off-the-shelf cell therapy. While messenger RNA has shown itself to be a powerful and lucrative weapon against the COVID-19 pandemic.

Of these, the cell therapy class has the most activity, tracking just shy of 2,000 active candidates under investigation according to the 2021 snapshot from the global R&D database Pharmaprojects. This number has tripled within the last five years, moving well clear of gene therapies. But the hottest area in terms of recent growth involves gene editing using techniques such as CRISPR, which has increased eight-fold over the same period and become a notable standalone drug class, distinct from classical gene therapy (see Exhibit 1). Pharmaprojects is tracking around 200 gene editing drugs in active development, similar to the number of messenger RNA-based vaccines and therapeutics – the other emergent drug platform over recent years.

This is not science for science’s sake, but rather to yield meaningful clinical advances that have provided valuable treatments for underserved patients. Continued development of next-generation versions of these drug platforms will provide a long tail of therapeutic opportunities. For monoclonal antibodies (MAbs), for example, the first 50 drugs were approved over the space of three whole decades, while the next 50 were condensed into just five years.

The current iteration of cell therapy is led by CAR-T cells, used in refractory blood cancers and requiring autologous manufacturing. Considerable effort is going into off-the-shelf production, alternative cell types such as natural killer cells and macrophages, while the true potential of cell therapy in oncology will depend upon successful management of solid tumors, which are 10 times more common.

Gene therapies are only available for a tiny group of patients with spinal muscular atrophy or rare inherited retinal disorders, although companies in this space are sequentially targeting broader patient populations and more prevalent diseases. The long-term potential of gene silencing depends heavily on improved delivery platforms, allowing RNA interference and gene editing to occur in tissues outside of the liver such as the brain and the lung. For messenger RNA, COVID-19 vaccines from Moderna, Inc. and Pfizer Inc./BioNTech SE have been incredibly successful, but the legacy of the technology will extend to vaccination against more complex infectious diseases and cancer, not to mention its potential role as an intermediate in producing therapeutic proteins.

Tracking next-generation MAb technologies such as bi-specific, tri-specific, and antibody-drug conjugates (ADCs) shows that existing drug platforms can have long developmental runways. Pharmaprojects shows over 500 bi-specific MAbs in active development, in addition to almost 300 ADCs as of 2021. While ADC growth has remained rather shallow, the technology is notable for recent high-value licensing deals signed, in addition to therapeutic breakthroughs such as the HER2+ breast cancer drugs Kadcyla (trastuzumab emtansine) and Enhertu (trastuzumab deruxtecan). By contrast, bispecific MAbs are showing considerable growth, expanding five-fold between 2016-2021 as the technology is positioned as an off-the-shelf alternative to CAR-T cells. Furthermore, Roche’s hemophilia drug Hemlibra (emicizumab-kxwh) shows the therapeutic and commercial potential ($2.4bn in 2020) of MAbs is not limited to oncology.

The emerging field of targeted protein degradation is perhaps the ultimate example of using old methods of designing drugs in an increasingly sophisticated manner. Targeted protein degraders harness the natural ubiquitin-proteasome system to achieve knockdown or silencing of a given protein, recasting simple small molecules as being far more than inhibitors occupying a binding pocket. Rather, a typical molecule has two separate binding moieties that co-localize an E3 ubiquitin ligase with the desired target protein, effectively tagging it for degradation. Led by biotechs such as Arvinas, Kymera and C4 Therapeutics, there are now more than 100 active targeted protein degraders in development. Its seven-fold growth since 2016 (see Exhibit 2) makes this new class one of the hottest areas of drug discovery, with therapeutic potential across a range of human diseases.

Much of these scientific and clinical advances are originating from the laboratories of biotech companies, specifically those investing in drug platforms. While the pioneering biotechs may eventually get acquired and folded into big pharma, as has been the case with cell and gene therapies – think Kite Pharma, Inc., Juno Therapeutics Inc., AveXis, Inc.,Spark Therapeutics, Inc. – there are always new platform companies emerging to further progress the science. RNA biotechs and the gene editing field remain entirely independent, with the market capitalizations of mRNA leaders such as Moderna and BioNTech having risen to such a level that any acquisition is prohibitively expensive for even the largest pharmaceutical companies.

More generally, biotech valuations have enjoyed a long run of steady growth since 2016. The NASDAQ Biotechnology Index has risen 63% over the last five years, even when including a recent 10% correction. Over this period, the number of biotechs with a $5bn+ valuation has more than tripled to almost 100 companies. This has happened alongside a proliferation in the number of publicly listed biotechs, doubling within a five-year period to more than 700 companies by the end of 2020. The estimated annual cash burn of these 700 publicly listed biotech companies exceeds $55bn; this total is beginning to rival the collective ~$100bn R&D spend of big pharma.

On the private side, financing continues to rise, setting new thresholds in particular for venture capital. As shown in Exhibit 3, VC funding of private biotechs in the first six months of 2021 eclipsed the total value of 2020, which itself was a record year. What began as a pandemic-related influx of capital into the sector to progress COVID-19 treatments and vaccines has translated into broad support for biotech start-ups across a spectrum of therapy areas and drug discovery platforms. This promises to support scientific innovations and advances, led by the biotech sector, for many years to come.

As the biotech sector explores the tremendous opportunities afforded by this Cambrian explosion, there are some major implications for traditional pharma companies. For several years, the vogue has been to balance pipelines and portfolio strategy with a mix of internal R&D and in-licensed or acquired assets with an oft-cited 50:50 ratio. Pipelines that did not reach this number were deemed too insular and failing to capitalize on the degree of external innovation on offer. As the biotech engine continues produce new breakthroughs, and platform companies can further invest the fundamental science, then even this aspirational ratio may be suboptimal and insufficient.

Another consequence of the availability of capital within biotech is the abundance of choice. In times of capital constraint, investors place considerable selection pressure whereby biotechs with weaker science, management, or data are unable to secure funds to progress development. In today’s abundant biotech sector, it falls increasingly to pharmaceutical companies to conduct due diligence on an ever-larger scale. It is therefore essential to have world-class business development teams that are close to the science in order to successfully tease apart the winners and losers from the large volume of potential partners. This is especially the case as deal-making shifts increasingly towards early-stage assets and scientific platforms.

Lastly, with the growing number of ways in which a drug can be designed against a given target, pharma companies should retain flexibility and follow a modality-agnostic approach. Rather than being heavily wedded to a particular drug type such as cell, gene or RNA therapies, the decision about how to approach a given disease should be weighed against a range of factors. Expected clinical profile, unmet needs, patient preferences, competing drugs and the reimbursement landscape all need to be considered. It is therefore advantageous for a modern biopharmaceutical company to have the full range of potential modalities at its disposal and match the right drug for the right opportunity.

This article is based on a series of presentations prepared by Daniel Chancellor, thought leadership director at Pharma Intelligence, in collaboration with colleagues Duncan Emerton, Ly Nguyen-Jatkoe and Timothy Pang in October 2021. If you have any questions about any of the themes discussed in this article, or would like to learn more about Pharma Intelligence’s products and consulting offerings, please contact Daniel: Daniel.Chancellor@informa.com.