After an extraordinary year that saw demand patterns and the supply chain upended by the COVID-19 pandemic, as well as a major merger that has transformed one of the global off-patent industry’s biggest players, Generics Bulletin’s Top 50 has once again seen significant changes. 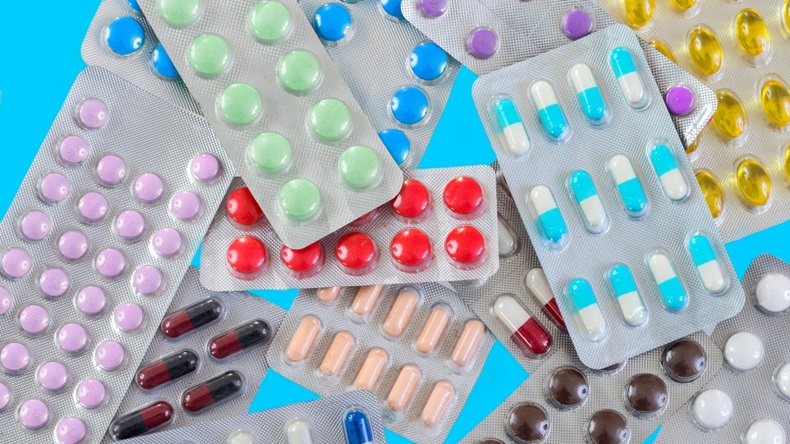 In the wake of what can only be described as an extraordinary year, Generics Bulletin’s annual ranking of the world’s top 50 generics and biosimilars companies has seen major disruption, as companies grapple with the impact of the COVID-19 pandemic on demand patterns and the supply chain at the same time as a major merger has reshaped one of the off-patent industry’s biggest players.

Sandoz retains its top spot this year – with CEO Richard Saynor insisting that the Novartis AG unit benefits from the clear focus of its “pure play” approach to the off-patent sector at the same time as parent company Novartis is planning a strategic review of the business. Sales slipped by 1% to $9.65bn under constraints of the pandemic.

Nevertheless, Sandoz recently acknowledged that despite a “challenging” start to 2021, it was on track to stabilize in the back half of the year as it looked forward to a healthy slate of launches.

Following close behind Sandoz, Teva this year jumps to second position, with its $9.32bn generics total for 2020 including just over $4bn in North America as well as more than $3.5bn in Europe. In North America, Teva has made headway with its Truxima (rituximab-abbs) biosimilar, as the company increasingly focuses on high-margin opportunities in biosimilars and complex generics following a pointed pruning of its portfolio.

The Israeli firm’s total sales – including brand assets such as Copaxone (glatiramer acetate), Austedo (deutetrabenazine) and Ajovy (fremanezumab) and its Anda distribution business – slipped by just over 1% to $16.66bn.

After Teva comes the major upset of our ranking this year, with Pfizer Inc.’s biosimilars and sterile injectables business, much of which is rooted in former Hospira, Inc. operations, overtaking Mylan – now part of Viatris Inc. – to claim third place.

The reason for this is that Viatris, formed by the merger of Mylan and former Pfizer mature brands unit Upjohn, reported financials for 2020 that reflected just 45 days of sales from the Upjohn business after the transaction closed on 16 November.

As such, the company reported just $6.59bn in combined generics, complex generics and biosimilars sales for the year, of total sales that climbed by 4% to $11.82bn. While Viatris pointed Generics Bulletin towards an estimated pro-forma total of $18.38bn for the combined business for 2020, it said it was not splitting this figure out by product category for competitive reasons.

This means that former Upjohn owner Pfizer has been able to leapfrog Viatris into third place – albeit likely only for a short period, until Viatris has a full year of sales under its belt – as Pfizer’s booming biosimilars business grew to more than $1.5bn and its sterile injectables segment delivered a further $5.32bn in sales.

As major firms like Sandoz, Viatris and Teva do not typically split out sales of OTC products separately from their generics offerings, our ranking includes include OTC products alongside prescription generics and biosimilars.

This means that Perrigo Company PLC’s extensive range of consumer health care products – many of which are approved through the generic abbreviated new drug application pathway in the US – puts it squarely in the top 10 when combined with the Prescription Pharma unit that has now been divested to Altaris in a $1.5bn deal.

Given this divestment – with $975m in 2020 sales coming from the Rx unit – it will be interesting to see where Perrigo places on next year’s ranking.

The lower half of our Top 10 is led by the first of the major Indian off-patent players to feature in our rankings, Sun Pharmaceutical Industries Ltd., which enjoyed 3% growth in its financial year ended March 2021 – partly driven by global sales of its Ilumya (tildrakizumab) brand growing by more than half to $143m – with the firm also contemplating moves into the biosimilars arena.

Another major Indian player, Aurobindo Pharma Limited, follows in seventh position, continuing its climb up the rankings in rising by one place from last year – albeit with very little separating its total from that of Fresenius Kabi AG’s Intravenous Drugs unit, which ranks the German company in eighth place.

Rounding out the top 10, as in 2020, are China’s Shanghai Fosun Pharmaceutical (Group) Co., Ltd. and Germany’s STADA Arzneimittel AG, with the disaggregation of Stada’s reported sales total based on an estimated 90%-10% split between generics and brands.

The disruptive trend of the Top 10 continues into the middle of the pack, as the mixed fortunes of companies occupying positions 11 to 30 have seen some rise up the rankings at the same time as others have slipped down the table.

Starting off the mid-table, we find three major Indian players – Cipla Limited, Dr Reddy’s and Intas Pharmaceuticals Ltd. – with sales growth in their financial years ended 31 March 2021 that enabled them to maintain their positions at the top of this second group.

However, Lupin Limited – last year in 13th position – slipped slightly to 15th this year as its sales suffered a mild decline. At the same time, Hikma Pharmaceuticals plc jumped up above Lupin into 14th place, after successfully weathering the headwinds of 2020, with the disaggregation of the UK-based firm’s reported sales total based on an estimated 90%-10% turnover split between generics and brands.

Other significant movements this year included Amneal Pharmaceuticals, Inc. jumping from 23rd to 19th position, as the “Amneal 2.0” strategy implemented by returning co-CEOs Chirag and Chintu Patel produced results, with almost $300m in additional sales coming from the acquisition of AvKARE that closed in early 2020 and with the firm increasingly focusing on high-margin opportunities in complex generics and biosimilars.

Celltrion, Inc. also vaulted up the rankings, from 30th place last year to 25th position this year, as its booming biosimilars business delivered growth of almost half in 2020.

On the other hand, Sanofi’s generics business continued to shrink following the divestment of its Zentiva Group a.s. unit in Europe in late 2018, with the pharma major’s generics sales declining by 13%. As a result, Sanofi Generics moved from 24th place last year to 29th position this year.

And rounding out the second table is Endo, which slipped by a single position after a difficult 2020 had a significant impact on the generics business that the firm is determined to stabilize this year.

Meanwhile, the growing importance of biosimilars to the global off-patent industry is highlighted in the third and final table, as following Celltrion’s leap from 30th to 25th position, smaller biosimilars players have also climbed the rankings.

Biocon, Ltd. – which boasts a significant biosimilars business in the form of its Biocon Biologics subsidiary, partnering with Viatris on multiple biosimilars including the Semglee (insulin glargine) rival to Lantus that this year won the first ever US interchangeability designation – climbed to 35th position this year, up from 40th in 2019 and 43rd in 2018.

Meanwhile, Coherus BioSciences, Inc. – which was a new entrant in our Top 50 ranking in 48th position last year – rose to 43rd place this year, as its sales stemming entirely from its Udenyca pegfilgrastim biosimilar jumped by a third to $476m. And it has ambitious growth plans for the future, aiming to capture at least a tenth of the US Humira (adalimumab) market when biosimilars launch in 2023 as well as branching out into novel treatments with partner Junshi Biosciences/Immorna Joint Venture .

Bulgaria’s Sopharma AD rose to 31st position as its sales grew by 12% in 2020. Meanwhile, among a host of Indian players at the bottom end of the table that also included Jubilant Pharma, Alembic Pharmaceuticals Limited, Ipca Laboratories Ltd. and Strides Pharma Science Limited,
Wockhardt Limited fell from 42nd place last year to 47th this year as it saw the effect of divesting its branded generics business in India and certain international territories to Dr Reddy’s Laboratories in mid-2020.

However, some continuity was retained at the very bottom of our Top 50, with last year’s new entrant Beximco once again garnering the same 50th-place ranking that was previously achieved by the Bangladeshi firm.

With a variety of deals promising to reshape leading off-patent companies in 2021, biosimilars continuing to find their place alongside their small-molecule generic counterparts, and the effects of the COVID-19 pandemic far from over, the immediate future remains somewhat unpredictable for the global generics and biosimilars industry. As such, we can look forward to further changes in the rankings when Generics Bulletin compiles its Top 50 again next year.

A Note On Methodology

The Generics Bulletin Top 50 ranking compiles sales data for 2020 – or the closest available reported year – for those firms for which generics and/or biosimilars are a major part of their business. This excludes companies predominantly focused on active pharmaceutical ingredients, some of which report sales totals that would otherwise be sufficient to be featured in the list.

It also means that firms such as Biogen – which markets biosimilars through its Samsung Bioepis Co., Ltd. joint venture – and Eli Lilly and Company with its Basaglar follow-on insulin glargine brand – are not included, even though these figures would again be enough to otherwise put them in contention.

Also excluded are companies that do not split out generics, biosimilars, APIs and OTC sales from larger units housing mature, often off-patent brands. For this reason, Abbott Laboratories Ltd and its Established Pharmaceuticals unit encompassing branded generics operations in emerging markets is not in the list.

However, Servier’s generics business is included in our ranking, in line with other major originators that operate generics, biosimilars, APIs and OTC businesses that are clearly distinct from their branded interests. Servier’s Biogaran and Egis generics units respectively reported sales of €876m ($999m) and €477m in Servier’s financial year ended 30 September 2020 – which would put both of them in contention for inclusion in the top 50 in their own right – while other Servier generics subsidiaries contributed a further €50m.

We also do not include companies that do not disclose detailed sales information, meaning that privately held players such as Apotex Inc. , Polpharma SA , Alvogen, Inc. group and Zentiva are absent from our rankings.