US biopharma stakeholders are getting a taste of how a single payer health care system can shape the fate of a new treatment with Medicare’s national coverage determination for amyloid-directed Alzheimer’s drugs including Biogen/Eisai’s Aduhelm. 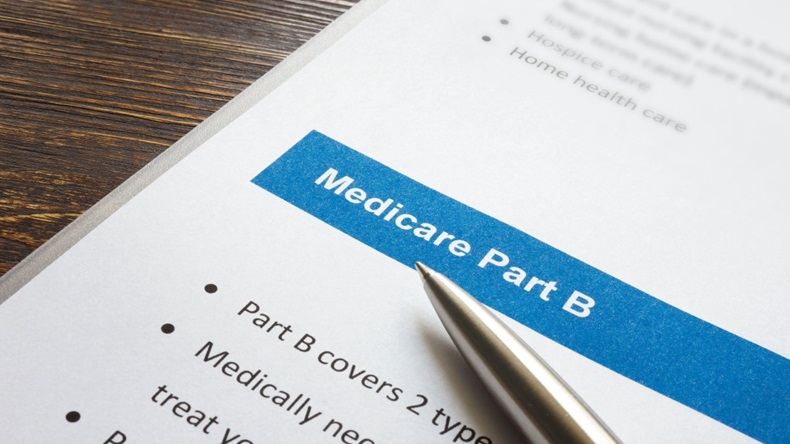 The US is still far from becoming a single payer health care system. The recent push among progressive politicians for universal health care coverage under the Medicare for All banner has faded. But we are now faced with an unusual situation in which Medicare will be the primary payer, by far, for a class of drugs that could treat millions of people. And the program has decided it needs a uniform national approach to covering them.

The reimbursement policy could have an outsized influence on the uptake of the treatments as well as on the financials of the drug developers involved, and even future research and development in the space. (Also see "Precision And Prevention Key To Future Of Alzheimer’s Treatment" - In Vivo, 4 Aug, 2021.) Besides Biogen, Inc. and Eisai Co., Ltd., Eli Lilly and Company and Roche Holding AG are in late-stage development with amyloid-directed monoclonal antibody treatments for the disease.

CMS launched what is known as a Medicare national coverage determination (NCD) for Aduhelm (aducanumab) and other amyloid-directed monoclonal antibodies in June because it is concerned by the limited and conflicting data that supported the Aduhelm approval and the huge potential demand for the treatments. (Also see "Medicare Coverage Analysis Of Alzheimer’s Drugs Begins With Focus On Outcomes, Patient Eligibility" - Pink Sheet, 13 Jul, 2021.)

Given the demographics of patients targeted by the drugs, Medicare, which is operated by the Centers for Medicare and Medicaid Services, is expected to pay 80% of claims. The drugs will be covered under Medicare Part B, which pays for physician-administered treatments. Medicare covers about 63 million individuals, the vast majority of which are over 65. By comparison, the National Health Service in the UK covers around 58 million.

To be clear, the Medicare policy is about the terms of coverage and not what the program will pay for the drugs. Unlike market access decisions in many countries outside the US, Medicare is not allowed to consider cost in its coverage policies, only whether a treatment is “reasonable and necessary.”

Nevertheless, Aduhelm’s average list cost of around $56,000 per year has prompted concerns about the financial burden it could impose on the Medicare program. At that price, the Kaiser Family Foundation has estimated total Medicare spending on the drug in one year could reach nearly $29bn – nearly doubling the $37bn spent on all Part B drugs in 2019.

The spending could swamp Medicare, even though the drug’s impact on Alzheimer’s disease is still uncertain. The Institute for Clinical and Economic Review, which is probably the closest US corollary to the UK’s pricing watchbody NICE, has concluded the drug would be cost effective only at prices between about $3,000 and $8,400 a year because of weaknesses in the available data.

Thus, it seems likely that the potential cost of covering new Alzheimer’s drugs may have contributed to the decision to initiate an NCD even if it will not be part of the decision-making process. That is also why allowing Medicare to negotiate prescription drug prices is often a central theme in US pricing reform proposals. The US Congress is advancing a plan that would allow Medicare to negotiate prices for some drugs. But it focuses on older products and would not apply to the new treatments for Alzheimer’s disease. (Also see "Medicare Price Negotiation Lite? Congress Targets Post-Exclusivity Drugs, Preserves Launch Price Discretion" - Pink Sheet, 4 Nov, 2021.)

National Medicare coverage policies for prescription drugs are rare. There has only been a handful issued in the past 20 years or more. Generally, the program covers any physician-administered drug that is approved by the US FDA.

That is why its decision to consider a national policy for Aduhelm, and drugs like it, sent shock waves through the industry. CMS announced the NCD one month after Aduhelm was cleared under the FDA’s accelerated approval pathway. The development has effectively stalled the drug’s launch as other payers wait for the decision from CMS.

In addition, doctors have been reluctant to prescribe Aduhelm based on the mixed clinical trial results to date, especially when they do not know how, or even whether, it will be covered by Medicare. Under the “buy and bill” reimbursement system for physician-administered drugs, prescribers purchase drugs in advance and then recoup the cost from insurance afterward.

As a result, the Alzheimer’s therapy brought in just $300,000 in third quarter sales, startling analysts, who had expected at least $12m. The development demonstrates how powerful the uncertainty over the Medicare decision has been. Discussion of Aduhelm’s weak sales dominated Biogen’s third quarter earnings call and the acronym ‘NCD’ was mentioned 24 times.

CMS plans to issue a draft NCD with a request for public comments by 12 January. A final version is scheduled for 12 April. That likely means Aduhelm will languish until at least the second quarter of 2022.

When it announced its intention to develop a national coverage policy on the drugs, CMS said it was focusing on what treatment outcomes are meaningful to patients and which patients should receive treatment. The agency will also address whether specialists should be involved in prescribing and whether coverage should be limited to certain care settings. (Also see "Medicare Coverage Analysis Of Alzheimer’s Drugs Begins With Focus On Outcomes, Patient Eligibility" - Pink Sheet, 13 Jul, 2021.)

Speculation abounds on what direction CMS will take. A coverage policy could restrict payment to use that aligns with labeling. Aduhelm’s label recommends treatment in patients with mild cognitive impairment due to Alzheimer’s or mild Alzheimer’s dementia. It notes that for earlier or later stages of the disease, there is no safety or effectiveness data available to support treatment with Aduhelm.

CMS could also condition coverage on further evidence development, a possibility that has gotten a lot of attention because of the limited data available so far on Aduhelm. Under the drug’s accelerated approval, Biogen and Eisai are required to conduct a confirmatory trial to show amyloid reduction leads to slower cognitive decline. However, the companies have more than eight years to complete the research, which may seem too long for payers to wait.

Aduhelm’s controversial approval has put a spotlight on the fact that payers are becoming increasingly uncomfortable with accelerated approvals. Not only are payers worried that the drugs are allowed on the market before clinical safety and efficacy data are adequate, but they also point out that developers have often failed to complete FDA-required confirmatory trials in a timely manner. (Also see "Aduhelm Shockwaves Will Reverberate Across Industry" - In Vivo, 17 Jun, 2021.)

Coverage with evidence development (CED) could severely limit reimbursement to situations where a drug is used in CMS-approved clinical trials or, less onerous but still challenging, research based on observational data such as patient registries.

Former CMS administrator Mark McClellan, now director of the Duke Margolis Center for Health Policy, recently downplayed the possibility that CMS would limit coverage to the context of a randomized clinical trial.

When CMS has decided in the past to cover technologies only in the context of randomized trials, “that’s typically for off-label uses, where there’s some suggestion that treatment may offer a benefit and CMS may want to get out ahead, or the [existing] evidence is for a population that is adjacent to one that is important to Medicare,” he explained. “Much more feasible to do in this context is an observational, registry-type approach,” he suggested. (Also see "Medicare Coverage For Aduhelm Conditioned On Randomized Trial Would Be ‘Unusual’ – McClellan" - Pink Sheet, 16 Jul, 2021.)

Biogen officials have implied that any type of CED would be out of the ordinary for the drugs, based on CMS’ track record. The agency has only required evidence development in one NCD involving drugs in the past 20 years, the company said during its recent earnings call. The decisions usually focused on tailoring coverage to specified indications (see Exhibit 1).

How Will The NCD Accommodate Newer Drugs?

Another factor complicating the decision is that it will impact drugs that are still in development, with read outs from pivotal clinical trials expected after the final NCD is released. Lilly has warned that CMS’ decision to apply the NCD to all amyloid-directed monoclonal antibodies for Alzheimer’s may be premature for that reason and counselled the agency to build in flexibility to accommodate differences between the treatments.  (Also see "Medicare Coverage For Alzheimer’s Treatments Should Have Flexibilities For Labeling Differences, Developers say" - Pink Sheet, 18 Aug, 2021.)

Therapies in the class can differ in the form of amyloid they target, the speed of plaque reduction, trial entry criteria, administration methods, dosing approaches, duration of treatment, safety and clinical benefit, the company pointed out.

Lilly has begun a rolling biologics licensing application for donanemab, seeking to complete the filing over the next few months, and perhaps obtain accelerated approval of donanemab before the end of 2022. That would be followed by release of confirmatory data from a Phase III trial in mid-2023, according to the company.

Eisai also recently began a rolling BLA for lecanemab and expects to report Phase III data on the drug in the fall of 2022. Roche is studying gantenerumab in two Phase III studies that will read out in 2022.

Lilly has also suggested that Medicare coverage be aligned with the extent of plaque reduction and is planning to run a Phase III head-to-head clinical trial testing donanemab against Aduhelm to see which antibody does a better job of clearing amyloid from the brain. The study is slated to begin before the end of 2021 and report primary endpoint data during the second half of 2022.

In the US, all eyes are on Medicare as the first so-called disease-modifying drugs for Alzheimer’s disease begin to reach the market. The program will aim to balance access to potentially helpful drugs with being a good steward of taxpayer dollars. It is a tall order when the data on the drugs are evolving. Aduhelm is suffering because of the uncertainty over coverage. But approval of the drug has encouraged other developers to forge ahead in Alzheimer’s disease and signs suggest they are expecting reasonable coverage from their largest paying customer.

CMS Strayed From Its Lane With Alzheimer’s Drugs Decision, US Congressional Republicans Say

Missed Opportunities: Why Small Biotech Needs To Plan Ahead For Global Reach

Medicare Coverage For Alzheimer’s Treatments Should Have Flexibilities For Labeling Differences, Developers say

Precision And Prevention Key To Future Of Alzheimer’s Treatment

Aduhelm Shockwaves Will Reverberate Across Industry