Company strategies at improving diversity, equity and inclusion both within their organizations and in the clinical trials they conduct have differed, but building trust is a common theme. 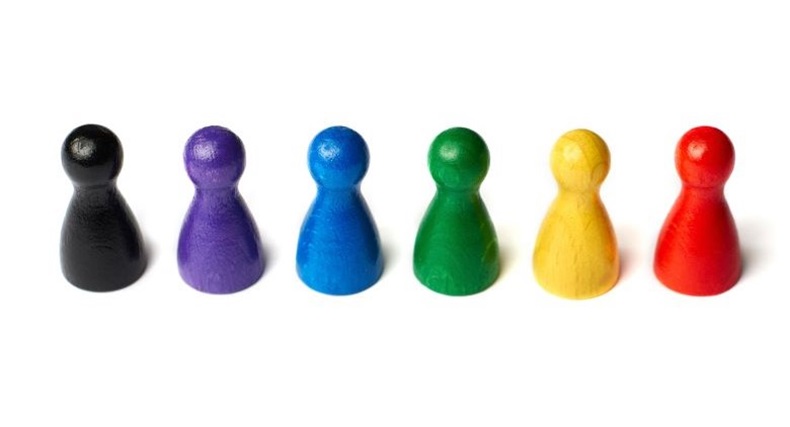 Source: Alamy Five companies shortlisted for the Citeline Awards
Between the pandemic and the rise of the Black Lives Matter movement in the US, biopharma companies have made it a priority in the past few years to improve diversity and inclusion. After talking to several companies shortlisted for their diversity and inclusion efforts in clinical research for the Citeline Awards, In Vivo identified some common themes that can help other companies looking to improve their own D&I work.
The biggest challenges included building trust and finding ways to reach the communities being targeted. Using local partners and focusing on education about the clinical trial process helped in some cases, as did getting outside perspectives to fine-tune the messaging.

The five nominees ranged from biopharma companies to clinical research sites to non-profits.

5. The Center for Information & Study on Clinical Research Participation (CISCRP)

The whole point of increasing clinical trial diversity is to ensure that trial populations better reflect the general populations of the countries in which they take place, both as a matter of fairness and equity as well as one of good science, as it allows sponsors to better predict how a drug or vaccine will work in various populations. (Also see "For Novavax, Building Trust Was Key To Improving Diversity" - Scrip, 14 Dec, 2021.)

In recruiting for the Phase III PREVENT-19 trial of its COVID-19 vaccine NVX-CoV2373, Novavax, Inc. placed a significant emphasis on recruiting from Native American communities, particularly the Cheyenne River Indian Reservation in Eagle Butte, SD, and two University of Washington satellite sites serving the Lummi and Nooksack nations. Ultimately, 7% of participants in the study were Native American, with about half of those coming from the US, whereas Native Americans in other vaccine trials made up 1% or less of participants.

But this required significant adjustments and accommodations on the part of Novavax, in particular due to concerns about potential misuse of data stemming from a long history of mistreatment of Native Americans by the medical establishment, and tribal ethics committees thus being highly protective of members and their data.

“It probably will take you five or six months to do it – both trial sites were delayed in starting their enrollment beyond the rest of the sites because of the negotiations with their ethics committees,” Novavax vice president and global medical lead for coronavirus vaccine, Lisa Dunkle, said in an interview.

One of the things that benefited Novavax’s effort was being able to find sites that had existing arrangements with health care providers and being able to find the Eagle Butte and Lummi/Nooksack sites through Novavax’s existing partnership with the National Institutes of Health’s COVID-19 Prevention Trials Network.

While trial diversity has long been an issue, the COVID-19 pandemic brought it to the fore, such as when the early studies of Gilead Sciences, Inc.’s Veklury (remdesivir) came under criticism for not enrolling enough Black, Latino and Native American patients despite those communities suffering disproportionately. Even as late as 2019, clinical trial populations overall in the US were about 94% Caucasian. (Also see "How Little Moderna Made Big Waves In Trial Diversity" - Scrip, 7 Feb, 2022.)

Moderna, Inc. found itself at risk of a similar dilemma with the Phase III COVE trial of its messenger RNA-based COVID-19 vaccine, Spikevax, as an early projection showed that the trial population would end up not being representative of the US. In response, the company took the unusual step of halting enrollment of Caucasian patients in July 2020. Ultimately, it was able to enroll a population roughly consistent with the population of the US, per Census data.

The way it accomplished that goal was by working closely with diverse communities, including creating a diversity and inclusion advisory board made up of representatives from various trusted community organizations and faith leaders. That enabled it to seek advice and ensure the company was thinking broadly and carefully about how it did things, chief development officer Melanie Ivarsson said in an interview.

Since then, it has applied the lessons from COVE to studies of vaccines against other viruses, which together form a core component of its overall business development plan. “And so we have set ourselves a strategy around how to enroll, thoughtfully, a population that represents those most impacted by the disease within the population the vaccine is intended for,” Ivarsson said.

3. Janssen/HealthiVibe: Going Where Patients Are

If building trust is a key component to improving diversity in trials, then perhaps one of the most effective ways to do that is to meet people where they often go for health care services, namely retail pharmacies. (Also see "How Janssen/HealthiVibe’s Program Found The Right Messages To Improve Trial Diversity" - Scrip, 10 Mar, 2022.)

Johnson & Johnson's Janssen partnered with HealthiVibe on the Research Includes Me campaign to diversify the population in the Phase III study of J&J’s COVID-19 vaccine. This entailed bringing in a variety of perspectives. While much of the attention to trial diversity has focused on race, the Research Includes Me campaign also included views from groups such as Orthodox Jews and the LGBT community.

One of the approaches it took was to work with independent retail pharmacies on communication about clinical trials.“There was an effort to target various communities and the independent pharmacies in them to perhaps distribute the information there,” HealthiVibe director of strategic initiatives, Anne Lewis, said in an interview.

In particular, HealthiVibe chose independent pharmacies over big national chains. For one, pharmacists are some of the most accessible and trusted sources of health information in communities and are able to provide a platform for dialogue with community members around trials, Lewis said. Meanwhile, independent pharmacies tend to get higher marks from consumers when it comes to measures like courtesy, helpfulness and pharmacists’ knowledge and accuracy – all of which can be crucial when communicating to ordinary people about clinical trials.

While the list of biopharma companies emphasizing trial diversity keeps growing, it is easy to overlook that much of the legwork happens on the ground, at the local level, through the efforts of contract research organizations and clinical research sites. (Also see "How CRA’s Diverse Seed-Planting Bore Inclusive Fruit" - Scrip, 24 Mar, 2022.)

Clinical Research Associates (CRA) is an example of a research site that put in extra effort to ensure diverse enrollment in studies like the Phase III trial of Pfizer Inc./BioNTech SE’s Comirnaty vaccine and AstraZeneca PLC’s COVID-19 vaccine candidate, which was tested in the US but ultimately did not receive authorization. CRA, which operates in Nashville, TN, targeted the area’s Black, Latino and Kurdish populations.

Rather than going through advertising or marketing firms, CRA targeted the communities directly. Key to its efforts was having representatives from the community who were already trusted, “so that we could have a conversation that they knew was authentic and not something that was just a PowerPoint presentation that somebody else had given us,” CRA marketing and communications director Will Krugman said.

Those efforts paid off: of 761 participants between the two studies whom CRA enrolled, 20% identified with a race or ethnicity other than white, compared with a 5% national average, while white enrollment at the site went from 90%-95% to 75%.

In addition to boosting minority enrollment in their own studies, another way for drug makers to play a constructive role is to sponsor the outreach efforts of third-party organizations. (Also see "‘Diseases Don’t Discriminate’: CISCRP Hopes To Improve Trial Diversity With Targeted Messaging" - Scrip, 30 Mar, 2022.)

In November 2019, CISCRP kicked off an advertising campaign over multiple media channels, both online as well as in the form of inserts placed in copies of USA Today in several large cities around the country. Subsequently, in May 2020, it decided to enlist large organizations that would have the opportunity to help target diverse communities to encourage clinical trial participation while also taking part in written articles and placing their logos on the ads.

Through the campaign, the idea is to enlist drug companies, as well as contract research organizations, research sites and non-profits take part as a way of showing their commitment to diversity. Companies that have taken part have included Boehringer Ingelheim GmbH as well as Biogen, Inc.

How Little Moderna Made Big Waves In Trial Diversity

For Novavax, Building Trust Was Key To Improving Diversity