A Promising Future For Oncolytic Viruses As Cancer Immunotherapies

The development of oncolytic virus therapy has gained momentum over the past decade, due to its relatively safe mode of action and potential to enhance existing treatment options. A third of cancer vaccines in development are now oncolytic viruses, which are being developed for about 40 different types of cancer. In Vivo takes a closer look at therapies in development to see what the future holds for this promising therapy. 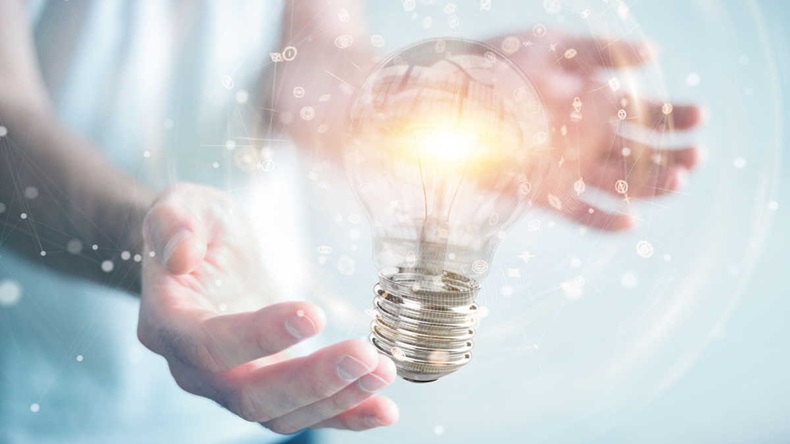 Cancer vaccines have gained in prominence over the last couple of decades, as the emergence of immuno-oncology has validated the immune system’s essential role in maintaining healthy cell division. This has led drug developers to explore the various ways in which vaccines can be designed, not just to battle infectious diseases, but also to target cancerous cells. Such cancer vaccines employ a range of technologies, including protein/peptide, nucleic acid, whole cell, as well as oncolytic virus (OV) vaccines.

OVs offer a novel approach to cancer immunotherapy. Cancerous cells often have weakened anti-infective defence mechanisms, making them more vulnerable to viral infections. An oncolytic virus can therefore selectively infect cancerous cells, with an additional genetic modification step to deliver a payload that causes oncolysis and the release of intracellular antigens. In turn, these antigens can stimulate an innate immune response that eliminates any remaining cancerous cells. The highly targeted mechanism of action of OVs means they have limited effect on healthy cells, leading to minimal toxicities, although sometimes they may prompt the immune system to attack healthy cells.

Despite the potential of OVs, there has been relatively little development of the technology compared to other cancer vaccine platforms in the past. It has only been in the last decade that OVs have become more prominent, quadrupling in the last ten years, and today they represent almost a third (36%) of the overall cancer vaccine landscape. In contrast, the overall cancer vaccine landscape had been expanding for over 20 years, growing from almost 50 therapies in 1995 to nearly 500 therapies in 2019, before reaching a plateau (see Exhibit 1).

There are currently 162 OV therapies in active development according to the industry R&D database Pharmaprojects. The majority of these (n=103; 63%) have not yet progressed to clinical trials, while a further 55 investigational therapies are in clinical development, including three in late-stage trials. So far, four OVs have successfully navigated through clinical development and have received regulatory approval for the treatment of various cancer settings.

Of the four products that managed to reach the market, Imlygic (talimogene laherparepvec) is the most notable as the first genetically modified OV. It was approved for the treatment of melanoma in 2015 by the FDA and EMA and has been studied across more than 50 clinical trials. Imlygic is an attenuated herpes simplex virus type-1 (HSV-1) vaccine, which encodes human granulocyte-macrophage colony-stimulating factor (GM-CSF). The technology was originally developed by BioVex Group, Inc., until 2011 when the company was acquired by Amgen, Inc..

Beyond Imlygic, the remaining approved OVs are all approved in smaller pharmaceutical markets. Rigvir was the first OV to gain approval in 2004, although it is only available in Eastern Europe for the treatment of melanoma. In 2005, Sunway Biotech Co. Ltd. received approval in China for the use of Oncorine in conjunction with chemotherapy to treat nasopharyngeal cancer. More recently in 2021, Daiichi Sankyo Co., Ltd. secured conditional approval for Delytact (teserpaturev) in Japan for the treatment of malignant glioma. Daiichi Sankyo teamed up with the University of Tokyo to develop this triple-mutated, replication-conditional HSV-1 lytic therapy.

There are a further three OV therapies in late-stage development. These include the GM-CSF-containing modified common cold adenovirus CG-0070, developed by CG Therapeutics, Inc. for the treatment of bladder cancer. Trials are underway investigating both its monotherapy effect and the combination with immune checkpoint inhibitors. DB-107 is an investigational OV for the treatment of glioblastoma. It consists of two parts: a retroviral replicating vector that delivers a gene for the enzyme cytosine deaminase, and the chemotherapy prodrug 5-fluorocytosine. Upon treatment, this is converted to 5-fluorouracil to selectively kill cancerous cells, although a large Phase III trial was conclusively negative. The Shanghai-based Seven and Eight Biopharmaceuticals Inc. also has an unspecified OV with the development code BDB-201 in late-stage development for the treatment of melanoma.

OV therapies are not currently approved for use in combination with other therapies. However, more companies are exploring this possibility in clinical trials. Combining OVs with other immunotherapies is a sensible approach to achieve additive or synergistic anti-tumor responses and to overcome treatment resistance. For example, the combination of Imlygic and ipilimumab in melanoma patients led to a median progression-free survival of 13.5 months, versus 4.5 months with ipilimumab alone, in data presented at ESMO 2019.

Numerous other clinical trials are evaluating Imlygic in combination with pembrolizumab in indications such as bladder and liver cancer, reflecting the fact that such immune checkpoint inhibitors have become a mainstay treatment across the spectrum of solid tumors.

For other OV developers, the nature of the treatment algorithm means that a combination approach is the most practical way to evaluate an investigational drug in clinical trials.

In terms of their design, GM-CSF and cytotoxic T-lymphocyte associated protein 4 (CTLA-4) are the most common genes encoded within modified OVs. GM-CSF is expressed in therapies for melanoma (n=4), colorectal (n=3), bladder (n=2), and liver cancer (n=2). CTLA-4 is mainly expressed in breast cancer OV therapies (n=2), although other solid tumors are also being studied (see Table 1).

Expanding the search to include companies with large discovery pipelines, Seneca Therapeutics, Inc. leads the field with eight preclinical assets, ahead of ADZE Biotechnology and Curigin with six each.

Between 2017 and 2021, 161 new clinical trials testing OV therapies were registered or announced, according to the global clinical trial database Trialtrove (Exhibit 5).

This averages out to 32 new trial starts each year, with a peak of 40 trials achieved in 2020 despite the COVID-19 pandemic. Most of these trials (n=122) were Phase I, as OV therapy is still largely an investigational drug class with new treatments entering first-in-human studies.

Of the 161 new trials that began during this period, 24 (15%) have reached completion while a further 23 (14%) have since been terminated. The main reasons for termination include poor enrolment, strategic company decisions, and trials that were planned but never initiated.

As of June 2022, there are currently 174 OV therapy clinical trials either ongoing or planned – this is the so-called active clinical trial landscape. The distribution of these studies by phase is shown below, with approximately half being Phase I trials. At both Phase I and II, around one third of the active trial landscape contains planned studies that have yet to begin enrolment. This points towards a healthy demand for future clinical trials.

At Phase III, two thirds of trials remain in the planning stage, including for current Phase II assets such as olvimulogene nanivacirepvec, pelareorep and tasadenoturev.

Can Oncolytic Viruses Transition From Niche To Mainstream Treatment Option?

Relative to the length of time OV therapies have been under investigation, the pipeline is still relatively small and just four drugs have gained approval. During the two decades of pipeline development, other new oncology drug classes have surged past OVs and become prominent treatment options, including tyrosine kinase inhibitors, immunotherapies, checkpoint inhibitors, and most recently cell therapies.

As summarized in an interview with a clinical oncology pharmacist at Kaiser Permanente: “Maybe the time has run out with OVs, but who knows? Maybe somebody will figure something out and get it done here shortly.”

In theory, OV therapies are the ideal therapy type for cancer, as they replicate and have a direct lytic effect on tumor cells, while preserving healthy cells. Moreover, they induce systemic anti-tumor immunity, which is important for ongoing efficacy. However, they appear to perform poorly in cancer patients when compared to other types of immunotherapy. Whether this is due to the lack of investment, or an inherently weaker clinical profile, is an open question. Certainly, far fewer OVs have progressed from bench to bedside than other cancer vaccines, monoclonal antibodies, or CAR-T cell therapies.

OV therapy takes advantage of the fact that tumor cells lack many of the mechanisms healthy cells utilize to fight off viral infections. Viral therapy therefore offers an edge over other immunotherapies as it is capable of infecting and replicating within tumor cells without harming normal cells. Furthermore, the development of viruses lacking thymidine kinase genes results in replication only within cancer cells as these are characterized by an over-activation of the RAS pathway.

For OV therapy to become successful and enter mainstream R&D, developers will need to optimize to circumvent some of the most common limitations of this therapy type. Endothelial barriers, a dense extracellular matrix, as well as immune clearance, offer challenges that limit the penetration of viruses within tumor cells. Furthermore, an immunosuppressive tumor microenvironment is another factor that hinders treatment response more broadly. This can be overcome by through the construction of recombinant viruses with enhanced oncolytic activity. Moreover, given the weak immune system that is typical for cancer patients, the intrinsic safety of the viral therapy must be guaranteed, mainly by ensuring tumor cell selectivity.

The absolute number of OV therapies in late-stage development remains poor compared to other types of immunotherapies. However, there is a stronger preclinical and Phase I pipeline that may provide therapeutic breakthroughs. Considering how quickly the oncology treatment paradigm has progressed in recent times, OV therapy developers can reposition these early-stage assets. There could be a key role for OVs in combination therapy, enhancing the efficacy of current targeted therapies without adding any side effect burden. The future success for OVs will depend upon finding the most appropriate patient populations and combination strategies where clinical benefit will be greatest.