Investors at the Advanced Therapies Europe conference in London struck a bullish note on the state of the market and offered up advice for cell and gene developers from fundraising, platform development to manufacturing. 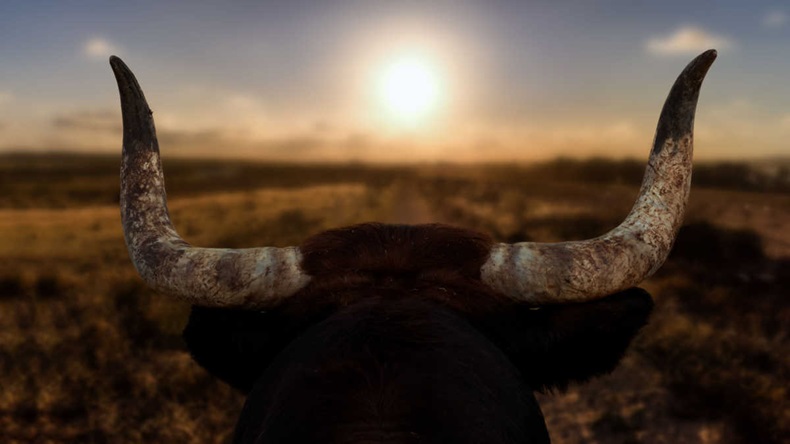 Advanced Therapies Europe, which took place over August 30 and September 1 in London, UK, attracted an audience of industry professionals all keen to discuss the latest developments in the cell and gene therapy space.

The draw extended to the investor community, who are highly active in this growth sector to scout for and support early opportunities, primarily on the therapeutics side. The need to secure financing is a perennial topic for all those involved in building these new drug discovery platforms, which led to far-ranging discussions from the state of the market through to the nuances of autologous versus allogeneic cell therapies.

The overall picture being painted was certainly an optimistic one – as might be expected from a group that is motivated to ensure that capital keeps flowing – with sentiment shifting in light of a spate of recent positive catalysts.

Biotechs Are Finally Emerging From The Winter

If not quite the elephant in the room, the protracted downturn in the public markets over the last 18 months added a dose of realism to cell and gene therapy players that have long enjoyed the spotlight. This was addressed through methods to raise money without diluting value for current shareholders, while also focusing on delivering on key data milestones to drive share price performance.

In February 2022, as one of the last companies to go public before the IPO pipeline dried up, TC BioPharm has had a volatile beginning to its trading experience on the NASDAQ. Bryan Kobel, CEO of the gamma delta T-cell focused biotech, explained “As markets continued to get progressively worse, we started looking at other options. For public companies today, strategic partners really matter, as this is capital that can be less dilutive. Technologies that you can license out to bring in capital can kick the can down the road to when the market does improve.”

That time may finally be arriving, noted Cellectis SA’s CBO Arthur Stril. “Investors are doing deeper due diligence and looking at the fundamentals of the companies. Sentiment is shifting that there is a glimmer of hope for both public and private companies alike.”

“Investors are doing deeper due diligence and looking at the fundamentals of the companies. Sentiment is shifting that there is a glimmer of hope for both public and private companies alike.” - Arthur Stril

Part of this sentiment shift is due to a spate of bolt-on acquisitions, providing exits and freeing up public capital for reinvestment into cell and gene therapy players. However, on the private side, this funding has always been there, providing further confidence to those taking a longer-term view.

Tim Funnell of Monograph Capital spoke of the amount of capital raised by VCs over 2021 and 2021. “The market has since shifted and everyone has been hesitating for most of this year, although I am bullish that we will see it kick up over Q4.” This was echoed by the experience of the UK’s Innovation and Science Seed Fund: “VCs are still able to back companies. We haven’t seen a drop off in existing companies raising, or new companies being formed. By the end of the year there might be a bit of a rush,” predicted investment director Oliver Sexton.

Improving investor sentiment certainly benefits everyone, although any continued pick-up or rebound may diverge along geographic lines. One school of thought is that European biotechs will be able to claw back lost gains to US counterparts, who were better equipped to capitalize on the pandemic-related influx of investment.

As described by Funnell, “In Europe we didn’t see a heady increase in valuations, so we may be the first geography to pick up in terms of funding companies. The challenge for companies in the US with high valuations that face a flat or a down round. It is a difficult ask for the management team to shrink the value of their company.” A conservative entrepreneurial culture that has sometimes held back investment in Europe becomes a strength in a down market, although as sentiment improves then the pitch needs to evolve. “In Europe, people that come to pitch to us typically tell the story of what we’ve got right now and why it is good. In the US, the pitch is different – it is much more where we are going, and why your money will get us there. If more European companies can tell us that bigger vision story, we will be able to fund them in a larger way.”

Inaccessible price points, development risk, and a lack of diversity in gene therapy R&D all feed into the imperfect state in which the industry's newest form of innovation exists. New approaches are needed if the patient populations that need these medicines the most can benefit.

For companies backed by the UK Innovation and Science Seed Fund that have since fundraised in the US, the attraction has historically not just been higher valuations, but also greater flexibility. Sexton explained, “They raised in the US at very early stage to explore the science more, they had less clarity at the point they raised about what the milestones might be. It was a bit more like capital to play with the technology.” Such a sandbox approach easily becomes a luxury should investors deploy capital more selectively and demand a focus on fundamentals and catalysts.

A fireside chat between partners at two of the most active VCs in Europe – Forbion and Syncona – proved to be a rich discussion on the latest strategic advice for cell and gene therapy developers. The two investors were represented by Dmitrij Hristodorov and Alex Hamilton, respectively.

On the debate between autologous versus allogeneic cell therapies, Hristodorov argued that the technologies are still maturing. “From a scientific perspective we are not even at 10 or 20% of what can be done with autologous therapies. The issue is that although we are already into a decade of cell therapies, we don’t still have enough data to look at it retrospectively.” In response, Hamilton posited that the choice is setting dependent. “Ultimately there will be space for autologous as long as it is effective enough. There is a question over how many supply chains the market can support, and clearly allogeneic will have the advantage there.”

The availability and expertise of potential CDMO partners is an important consideration, especially when navigating the balancing act between investing in the platform, individual pipeline assets, or in-house manufacturing capabilities. One of the attractions of the allogeneic field is the scalability of manufacturing during commercialization, although the equation and advise is evolving. “The field has moved significantly compared to five years ago”, noted Hristodorov. “At that time, everyone was keen on being in control not only of process, but also time and allocation of manufacturing slots. This has now changed, there is much more availability, more expertise in those CDMOs, you can select from a long list now. Unless you have a special vector, I don’t think every company needs its own manufacturing plant.”

The maturation of CDMOs is much welcomed, as it allows advanced therapy developers to specialize on the underlying science and allocate resources efficiently. Hamilton advises that “Capacity constraints have always been an issue across basically every modality in the pharma sector, there are always more therapies than there are slots. The reality is some programs in your company will fail, and if you build capacity to service all of this, you are left with capacity that you no longer need.”

“The reality is some programs in your company will fail, and if you build capacity to service all of this, you are left with capacity that you no longer need.” - Alex Hamilton

Lastly, on the macro challenges facing advanced therapy biotechs in a bear market, both agreed that investors are looking for a return to fundamentals build upon solid data foundations. As explained by Hamilton, “In 2019 and 2020 there was a lot of benefit of the doubt on the commercial realities for rare diseases and complex supply chains… I try to avoid gazing into a crystal ball, but good companies will be able to raise capital in markets that remain attractive.” Drawing on his history in deal-making on the pharma side, Hristodorov cautioned that “very often we see that the target product profile that is being projected is not reflected in the data we see. There is more flexibility on the investor side to accept this, but less on the pharma side, because otherwise you are just buying a promise and a belief.”

For a long time, cell and gene therapy developers have enjoyed lofty valuations, supported by hyperbole and intense deal-making from pharma partners seeking to remain at the cutting edge of R&D. As the biotech bubble deflated over 2021 and 2022, these biotechs have been particularly hard hit. This return to fundamentals has been painful, amid lay-offs and other cost-cutting measures, but provides those biotechs with a clearer goal. “Investors are out there and listening, but it is very much a 'show me' rather than 'tell me' story”, summarized Hamilton on the current market conditions.

Ways To Find And Nurture Young, Diverse Talent In Pharma

Mifepristone Access Swings In The Balance In Post-Roe World

Seven Potential Blockbuster Approvals To Look Out For In 2023