Pharma Innovation: Europe Is Being Edged Into Third Place

With a declining share of global R&D and investment, Europe risks the pharmaceutical industry being increasingly molded in the image of others. 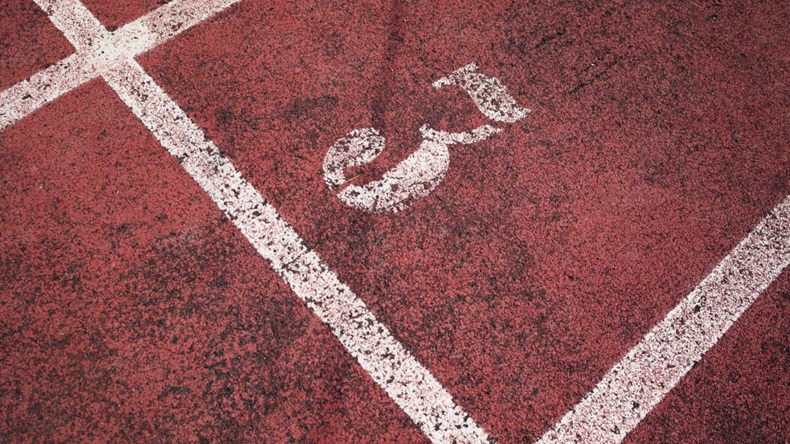 Each year, the European Federation of Pharmaceutical Industries and Associations (EFPIA) publishes an annual factbook to emphasize the tremendous strategic importance of the pharmaceutical industry to the continent. Among the key figures, European companies collectively invest approximately €40bn in R&D annually, rising at a compound annual growth rate (CAGR) of 4.0% since 2017. An impressive figure at face value, although one that the US eclipses with more than €70bn spent, with an equivalent growth rate of 8.5%.

While the trans-Atlantic equilibrium continues to tilt away from Europe and to the US, a new powerhouse in China is emerging. The local drug market has been growing at a double-digit rate for many years, and this has been accompanied by intense domestic R&D activity. EFPIA estimates that R&D growth in China is running at an impressive 12.9% CAGR. If the current trajectory is maintained, China is on course to overtake Europe within the next 10–15 years purely in terms of spend, although other indicators point towards the crossover point being reached much earlier.

This rebalancing in Europe’s position on the global stage has been a gradual process, beginning perhaps as early as the 1990s, but certainly accelerating in more recent years, as In Vivo’s analysis shows. While this is by no means an existential threat, biopharmaceutical industry stakeholders must be mindful of the current state of innovation within Europe. Past successes alone will not sustain the industry, and innovation is an essential component to protect Europe’s future.

Pharma Pipelines Have Reached A Ceiling

In line with its rich heritage, European biopharmaceutical companies have discovered or developed many of the medicines that have had most impact on global health. Buoyed by successes, drug developers have continued to increase R&D spending to produce the medicines of the future. This can be viewed through the lens of Citeline’s drug development database, Pharmaprojects, which has tracked industry R&D over several decades. Annual snapshots are available going back to 1995, when European biopharmaceutical companies had a combined pipeline containing 2,500 assets under active development. This number has grown steadily year-on-year, before accelerating rapidly between 2012 and 2017 to reach almost 6,000 pipeline drugs.

However, rather than continue the ascent, European drug developers have reached a ceiling at this level, whereby current levels of investment cannot sustain any further expansion. Within this pipeline, 47% of drugs are in preclinical development, while 39% are at the various clinical stages from Phase I through to pre-registration. The remaining 14% are drugs that have already been approved and are being further developed in additional indications, patient subpopulations, or new geographies.

A large proportion of the global growth has come from China, which has seen a remarkable 35% CAGR over the last five years. Starting from a small base, Chinese companies have surged from 800 R&D projects to almost 3,800 during this time. The US biopharmaceutical pipeline has maintained its upward trajectory, adding further distance to Europe in second place with a 4% CAGR. Japan, which for a long time has been a major R&D hotspot, has declined in recent years and now finds itself comfortably behind China.

Europe’s exposure to emerging science will also have long-lasting implications for its future prospects. As the industry pivoted towards biological drugs in previous decades, European companies have been well positioned with strong capabilities in antibody drug discovery. Pioneers include Cambridge Antibody Technology and Genmab A/S, while large European pharmaceutical companies have made strategic acquisitions to bolster their capabilities, such as Roche Holding AG (Genentech, Inc. ) and AstraZeneca PLC (MedImmune LLC). This biotechnology revolution has also extended beyond the design of drugs, also modernizing the way vaccines can be manufactured. Europe has a long-established leadership position in the vaccines space through companies such as Sanofi and GlaxoSmithKline Pharmaceuticals Ltd..

The next wave of evolution within the pipeline is well underway, as drug developers are seeking to capitalize on new genomics technologies to create drugs and vaccines based on cell, gene and RNA scaffolds.

As shown in Exhibit 3, Europe is part of this transition, but with varying levels of exposure. With 5,951 drugs in active development as of September 2022, European biopharma has a 28% share of the total global pipeline. The proportion of biologics under development (2,268, 27%) is on par, while vaccines remain a strength (31%), although the subset of advanced therapies is notably below average. Europe possesses just 23% of the global pipeline for advanced therapies, with 867 gene, cell or RNA-based drugs in development as of September 2022. Within this, Europe is well positioned in RNA drug development (32%), thanks to innovators such as BioNTech SE and CureVac NV, in addition to acquisitive larger companies like Novo Nordisk A/S and Sanofi. Counterbalancing this, Europe is trailing rivals from the US and China in gene (21%) and cell therapy (18%), with much smaller domestic pipelines. While these are not yet mainstream drug modalities, European innovators are already giving away a large head start, which will be difficult to overturn through acquisitions alone as the technologies gain further clinical validation.

A similar analysis by therapy area shows an analogous trend, whereby Europe as a collective is underexposed to the single largest growth driver in R&D trends – oncology – but has pockets of strength in other growth drivers. Europe’s share of global oncology drug development is just 25%, which leaves it underexposed to a therapy area that accounts for approximately 40% of active pipeline assets, new clinical trial starts and partnering activities globally.

Besides oncology and rare diseases, the other prominent segments of the pipeline are neurology, immunology and anti-infectives. Europe carries an above-average share of the global pipeline in each of these areas, ranging from 30–34%, as shown in Exhibit 4. It could be argued that the European pipeline has better overall balance across the major therapeutic challenges. By limiting exposure to the hyper-competitive oncology drug landscape, eventual success rates and patient access may counterbalance any slower growth rates.

European companies continue to play an active and prominent role in the global partnering landscape. Almost half (43%) of all alliances since 2015 involved at least one European company as either the licensee or licensor, which trails only the US (69%) and is a long way ahead of the nearest rival (China and Japan, both 12%).

As can be seen in Exhibit 5, the general trend within Europe is one of increasing partnering activity, measured either as the number of deals or their value. In the most recent period, there are an average of 115 alliances involving European biopharmaceutical companies each quarter, with combined upfront payments of $1.5bn and a total potential value in excess of $25bn. The number of deals has expanded at a compound annual growth rate (CAGR) of 8% between 2015 and 2021, which the total potential deal value slightly exceeds with a 9% CAGR.

Few deals will realize all the milestones required to hit this limit, so it is noteworthy that total upfront payments have declined at a CAGR of -4% over the same period. Set against the increase in the number of alliances, this reflects the growing tendencies of pharmaceutical companies to license assets at earlier stages of development and adapt typical deal structures to reflect this risk.

European companies seeking to raise capital were among the beneficiaries of the pandemic, in line with broader investor interest in the biopharmaceutical sector. After several years of relatively stable levels of financing deals, 2020 saw a remarkable uptick in both the number and potential value of fundraising activities. This peaked in Q4 2020 with 64 separate financings tracked by Biomedtracker for a total value of $22bn, before gradually regressing back towards the mean. Some degree of fluctuation is inevitable, although the last full four quarters show an average run rate of approximately $4bn raised across 50 deals per quarter. It is not yet clear whether this is a new baseline level of fundraising activity, as activity is still approximately 40% higher than in the years prior to the pandemic.

However, measuring the proportion of global fundraising activities conducted by European-headquartered biopharma companies shows a gradually diminishing share. In terms of deal volumes, European-headquartered companies had a one quarter share in 2015, although this has ticked down to one in five financings on average by the mid-point of 2022. Assessing by the value of these financings, the ratio declined from one third to one quarter of all activity over the same time period.

The chief beneficiary – or cause – of Europe’s decline on this metric has been the rising attractiveness of Asian markets. China is capturing an ever-increasing portion of investment as both the domestic drug market increases in size and volume, and China-headquartered pharma companies expand their R&D capabilities to include innovative drug discovery as well as generics and manufacturing. In the meantime, the US has retained its standing as the leader in life sciences innovation and entrepreneurship.

Furthermore, investment into new companies in Europe has lagged international comparators. The balance of investment in Europe has largely been toward older companies, rather than venture financing or initial public offerings (IPOs) for companies in their earlier years. Since 2015, companies in Europe have raised a combined $34bn via these methods, accounting for just 15% of global start-up activities. This is overshadowed by the $153bn in new company financing that originates in the US, which possesses a two-thirds share of the global total. Rather than competing with the US, China is now a much more appropriate comparator, where companies have also raised $34bn via venture financing or IPOs since 2015 (see Exhibit 7).

Europe may no longer be the force it once was on the global stage. While humbling to admit, the axis between the US and Europe has tilted, such that Europe now occupies less than a 30% share of the global market across various measures. This includes the scale of innovation, from pipeline size to the number of therapeutic breakthroughs, as well as commercial indicators such as prescription pharmaceutical sales and financial investment.

Europe’s current position is still one of strength, although the rate at which its stake is declining is a concern. It is incumbent on the full range of stakeholders – drug developers, academia, investors, payers, regulators, policymakers – to set about a strategy to halt any further decline and protect Europe’s standing in the global innovation ecosystem. On the part of industry players, this involves an impartial assessment of scientific strengths and technological shortcomings, prioritizing investment at the cutting edge of innovation and unmet patient needs.

This article has been adapted from a white paper, The State of Innovation in Europe, using Citeline’s industry-leading datasets such as Biomedtracker and Pharmaprojects. To read the white paper in full, and to learn more about Citeline, please visit https://pharmaintelligence.informa.com.