APAC As A Clinical Trial Powerhouse

In the last 10 years, APAC has become a hotspot for clinical trials: the region contributed almost 50% of new clinical trial activity globally in 2021. 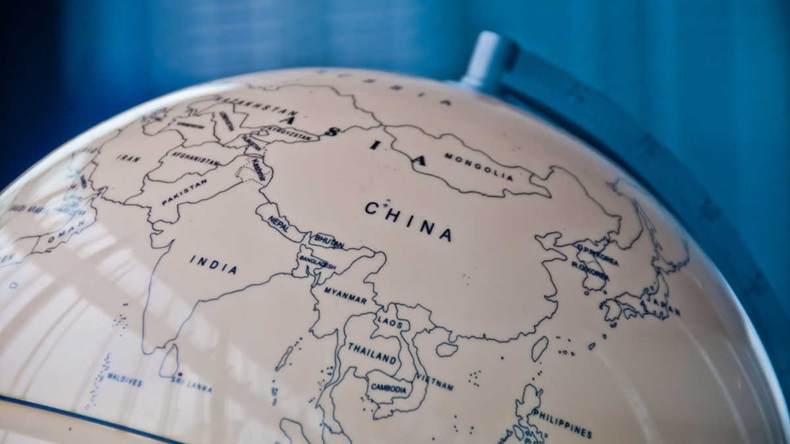 It is often said that “disease knows no borders,” but is the same true for clinical development? Patient availability is a critical component for clinical trials, and so it stands to reason that clinical development should match the epidemiology of diseases. Of course, this is often not the case, with longstanding biases towards studies in the US and Europe, where health care infrastructure and the pharmaceutical market are generally more mature. However, change is underway.

The Rise Of APAC

Clinical trial activity in APAC has increased considerably over the past decade. The total number of Phase I–IV trial starts in APAC increased from 4,562 trials in 2012 to 7,718 trials in 2021, with a compound annual growth rate (CAGR) of 5.4%. Much of this growth is back-ended towards recent years. In particular, almost every year since 2016 has seen double digit increases in the number of new clinical trial initiations, as shown in Exhibit 1.

In contrast, the total number of trial starts in the rest of the world decreased at a CAGR of -0.4% from 8,080 trials in 2012 to 7,801 trials in 2021. These RoW trials are defined as studies that do not contain a clinical site in an APAC country, although it is worth noting that a portion of APAC trials will also have sites in other regions. As shown in Exhibit 2, the continuation of this trend will surely see APAC surpass RoW as soon as next year. For a region that has historically trailed behind the US and Europe, this recent transformation is remarkable and shows that APAC is very much on the cutting edge of clinical research.

Throughout the last decade, there has been a gradual but meaningful shift in research priorities among APAC clinical trials. Late-stage trials (Phase III or Phase IV) dominated from 2012 to 2016, but Phase I trials have since increased their share of the total trial landscape, coinciding with the acceleration in total trials since 2016. As shown in Exhibit 3, Phase I research now accounts for around a third of clinical activity, up from just 14% in 2012.

This is very much an indication of the greater levels of innovation within APAC, and particularly China. A healthy proportion of Phase I trials suggests that novel chemical or biological entities are being developed in the region, rather than multinational Phase III trials that satisfy global regulatory requirements, or indeed Phase IV studies of mature drugs. More drugs than ever are being discovered by companies based in this region, with China solidifying its position as the second leading location for R&D globally, and South Korea, Japan, and Australia also in the top 10.

Where exactly is this growth in APAC happening? China has taken the lion’s share of clinical activity over the past decade, with 45% of APAC trials including a Chinese site. Japan follows in second place (21%), ahead of South Korea (13%), Australia (11%), and India (10%). While these numbers sum to 100%, this is coincidental as trials are counted for each country in which a clinical site is disclosed. Notably, all remaining APAC countries combine to constitute just 10% of trials. Therefore, the top five countries – and China in particular – dictate the overall dynamic within APAC.

These five countries are following diverging growth trajectories. While 45% of all trials noted between 2012 and 2021 include a site in China, this proportion increases to 62% for studies initiated in 2021. China has sustained a 15% CAGR in annual trial initiations since 2012, contrasting a -6% CAGR decline in Japan. China first overtook Japan in 2014 and is now home to more than five times as many new clinical trials each year. South Korea has also declined modestly and ranks in fifth position for new trials, behind Australia and India.

China has distinguished itself from its APAC peers on the account of the sheer scale of growth in clinical research over the last decade. China also stands out as the only major APAC location where domestically sponsored trials make up the majority. More than three quarters of trials in China in the last decade were sponsored by local Chinese companies. In Japan, South Korea, and India we see between 56% and 67% of trials being initiated by foreign sponsors. Australia’s split is striking, with 95% of the trials initiated by foreign companies.

A combination of factors is nurturing China’s explosive domestic growth in the pharma and biotech space. With the largest population in the world, China provides not just huge market opportunities but also a massive set of potential patients to enroll into clinical trials. China’s National Medical Products Administration (NMPA) has streamlined the clinical trial and drug approval process, including priority and special reviews as well as breakthrough therapy designations for innovative products that target unmet medical needs in China. The National Reimbursement Drug List is being updated more frequently and prioritizes the entry of newly approved novel drugs. Lastly, rule changes allow pre-revenue/pre-profit biotech companies to be listed in the Hong Kong Stock Exchange (HKEX) or Shanghai Stock Exchange’s Science and Technology Innovative Board (STAR). Combined together, all of these factors can be seen as the ‘rocket propellant’ for growth.

Japan Is Most Popular Trial Location In APAC For Big Pharma

Looking at the set of APAC trials according to sponsor, leading multinational pharmaceutical companies continue to have the largest footprint in Japan. Over the last decade, almost half of trials that the top 20 drug companies according to revenue conducted in APAC included at least one Japanese site. In total, 3,645 such trials were recorded in Trialtrove, compared to 2,860 in Australia and 2,610 in South Korea.

Two Japanese companies sit within the top 20 peerset, Takeda Pharmaceutical Co. Ltd. and Astellas Pharma, Inc., although even excluding these there is a strong preference for Japan. The country has an excellent reputation for clinical trials and long history in the field. Japan is also the only location in APAC that acts as a founding regulatory member (MHLW/PMDA) and a founding industry association member (JPMA) of the International Conference on Harmonization (ICH).

One emerging trend in clinical research is the use of innovative trial designs to help answer complicated clinical questions with high degrees of efficiency. These include basket and umbrella clinical trials, as well as those with an adaptive design under a master protocol. These are commonplace in the personalized medicine setting, whereby patients with particular molecular or genetic signatures are matched with drugs mechanistically designed against these biomarkers. These designs are challenging from the fact that genotypic and phenotypic clinical data and genotype-phenotype associations for the population can be hard to obtain in advance at the trial planning stage.

South Korea is a regional leader in this space, with the highest percentage of umbrella and basket trials. South Korea benefits from the Korean Genome Project, a joint project by the Personal Genome Project at Harvard Medical School, the National Center for Standard Reference Data of Korea, Clinomics Inc, and the Korean Genomics Center of Ulsan National Institute of Science and Technology (UNIST). It provides access to a dataset comprising 1,094 Korean whole genomes, of which 1,007 genomes were newly generated in combination with systematically acquired clinical and biochemical measurement information from the blood and urine of the participants. With such expertise, it is no surprise that the majority of umbrella or basket clinical trials in Korea are conducted by the University of Ulsan College of Medicine.

Across the APAC region, Australia is the leading location for multi-regional clinical trials (MRCTs). Over 4,000 MRCTs have been conducted in Australia, representing almost 70% of trials in the country. As a trial location, Australia is particularly attractive due to a streamlined regulatory framework, such as the Clinical Trial Notification (CTN) scheme, and data generated in Australian studies are accepted by the major regulatory agencies. This, coupled with the obvious close cultural and economic ties between Australia and Western countries, has led Australia to be an attractive location to include in global MRCTs for Western sponsors.

Australia’s reputation as a leading global destination for early-phase clinical trials is also well established, with a robust network of experienced specialized Phase I sites. Australia leads the APAC region in the number of first-in-human (FIH) trials, constituting 7% of its total, growing at an impressive CAGR of 15%. Interestingly, Australia has also become a location of choice for certain domestic Chinese companies looking to develop their drugs internationally, to take their drugs into FIH trials and to help accelerate global clinical development timelines. Companies including BeiGene, Ltd., Zai Lab Ltd., Akeso Inc., and Jiangsu Hengrui Medicine Co., Ltd., among others, have used this strategy for some of their FIH trials.

The pandemic has of course had a huge effect on the clinical research ecosystem, not least due to the rapid shift in research priorities in order to conduct the several thousand studies to date. India and China have been at the forefront of APAC’s contribution to COVID-19 research, with almost 500 trials taking place in each country in the 2020–21 period. Both countries contributed more than 30% each of the APAC total.

While China was the regional leader for vaccine clinical trials, on account of the large number of domestically developed candidates, India contributed more clinical trials of potential COVID-19 treatments. There was a strong bias towards drug repurposing, with large numbers of studies of the commonly mentioned oral anti-infective and anti-inflammatory drugs. Notably, India also conducted a sizable number of studies of Ayurvedic medicines, and so these were unlikely to inform treatment practices globally.

Asia Pacific has been an important contributor to the global clinical trial ecosystem for some time, but its recent rise to become a powerhouse cannot be ignored. Half of all new trials are taking place in APAC, boosted by the growth in novel drug discovery taking place in the region, added to the background of multi-regional clinical trials by global pharma companies. China will increase its share of global activity, while each of the other major countries in APAC has defining and differentiating features that make them an attractive proposition for clinical research.

This article has been adapted from a white paper, APAC as a Clinical Trials Powerhouse, using Citeline’s gold-standard clinical trials intelligence solution Trialtrove. To read the white paper in full, and to learn more about Trialtrove, please visit https://pharmaintelligence.informa.com/resources/product-content/2022/10/06/13/24/the-clinical-trials-landscape.

Lessons From Novo Nordisk’s Mads Øvlisen, The Father Of CSR

The Busiest Dealmakers Of 2022

Clinical Trials: Have We Finally Reached The New Normal?