The Cell And Gene Therapy Sector In 2023: A Wave Is Coming – Are We Ready?

From a scientific perspective, the outlook for patient with rare disease has never been brighter. This year, 13 new cell or gene therapies could be approved in the US, Europe or both by the end of 2023. However, the challenges that stop patients accessing new therapies remain. Could this year be the turning point when our health care systems start to catch up with our science? 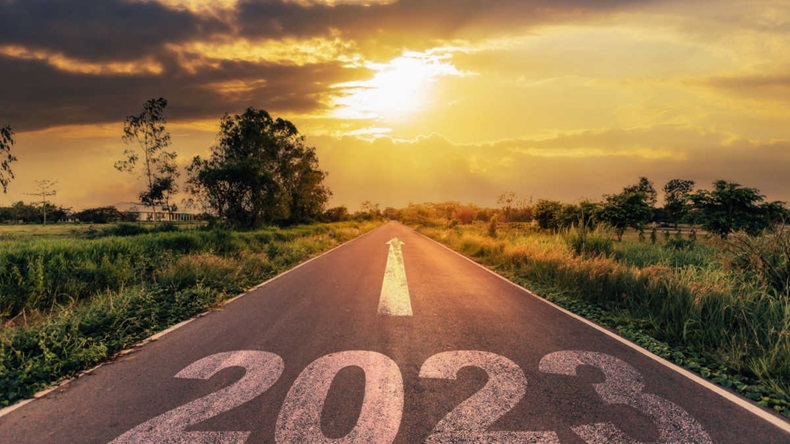 The status quo for patients with serious diseases is often death, disability, or poor quality of life. What if I told you that status quo is changing? Ten years ago, Emily Whitehead had run out of treatment options for her leukemia. As a last resort, Emily’s parents agreed to an experimental cell therapy never tested in children. Now, 10 years later, Emily is considered cured by this CAR-T therapy.

Timothy Hunt is CEO of the Alliance for Regenerative Medicine, an international advocacy organization dedicated to realizing the promise of regenerative medicines and advanced therapies.

There are now six FDA-approved CAR-T cell therapies available to patients in both the US and Europe to treat various blood cancers. They are but one part of a growing set of promising cell and gene therapies to address rare and prevalent conditions.

There are over 2,000 clinical trials happening today, with 200 in Phase III – a wave of hope for patients waiting on durable, possibly curative treatments. But investment, policy, and regulatory challenges remain for the sector, and many patients will not benefit unless we modernize our approach to health care.

The Pipeline of Transformative Therapies is Accelerating Rapidly

2022 was a record year for the approval of never-before-authorized gene therapies, with three new therapies approved to treat rare diseases and another approved to treat bladder cancer. Additionally, five therapies that had already been approved in the US or Europe were authorized for the first time in a new geography or for another indication.

But this is just the initial swell of the coming wave. As of this writing, as many as 13 brand new cell or gene therapies could be approved for use in the US, Europe, or both by the end of 2023. We are in reach of the FDA’s often-cited 2019 prediction that it would approve 10-20 new cell and gene therapies a year by 2025. 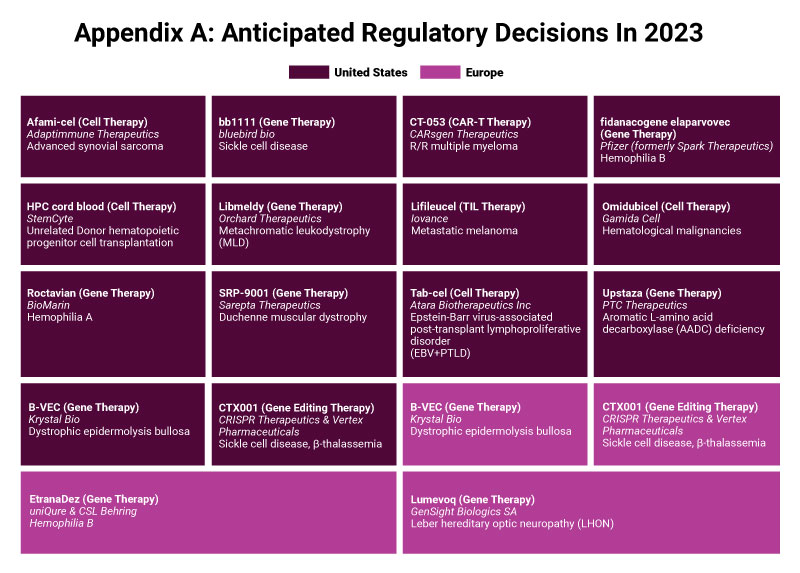 Source for all: ARM

A little over a decade after CRISPR was discovered, the first CRISPR therapy -- from Vertex Pharmaceuticals Incorporated and CRISPR Therapeutics AG to treat sickle cell disease and beta thalassemia -- could be approved for patients in the US, UK, and European Union next year. A gene therapy for Duchenne Muscular Dystrophy – a disease whose R&D path has been beset with disappointment – could receive accelerated approval by the FDA in 2023.

In addition, there were notable clinical advances that will hopefully continue in 2023 – including in prevalent diseases. A brief clinical hold was lifted on Vertex’s Phase I/II trial for Type 1 diabetes, setting the stage for potential further readouts in 2023. Intellia Therapeutics, Inc.’ in vivo gene-editing approaches for two rare diseases – ATTR amyloidosis and hereditary angioedema – are advancing in the clinic. In fact, clinical data from November showed that the company’s gene therapy to treat hereditary angioedema could be a functional cure.

Investment Headwinds Are A Challenge

Investment in cell and gene therapies set records in both 2020 and 2021, aided by low interest rates and global recognition of the importance of innovative health care technologies. In 2022, sector financing has reverted to pre-pandemic levels. While it has been a difficult environment for public financing, we expect total 2022 investment to land somewhere between $9.8B and $13.5B, the sector’s performance from 2019 and 2018, respectively.

In public markets, S&P Global’s research shows that inflation and interest rate hikes have adversely impacted the valuation of publicly traded companies, particularly those that are smaller and in earlier stages of development, a common attribute of cell and gene therapy companies. What can we expect in 2023? 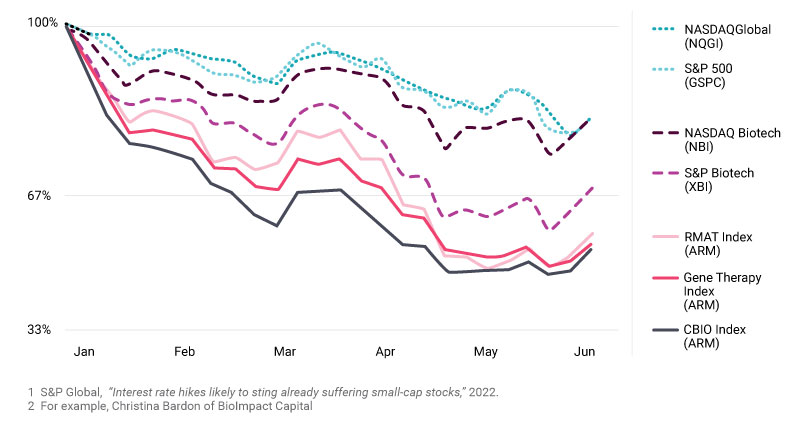 Market volatility is likely to persist for several reasons, including inflation concerns and geopolitical challenges. Thankfully, venture capital remains a bedrock of funding for the sector. Venture capital was at 40% of full-year 2021 levels through the first half of the year. This indicates continued investor excitement about scientific breakthroughs and new treatment possibilities, despite investment headwinds.

Currently, while regulators in the US and Europe are taking positive steps to modernize regulatory frameworks in line with scientific advancements, barriers to patient access remain a pressing challenge in both geographies.

Let’s start with the US, where modernization efforts championed by Peter Marks, Director for the FDA’s Center for Biologics Evaluation and Research, may have a positive impact in 2023 and beyond. The FDA’s Office of Tissues and Advanced Therapies (OTAT) — the office that principally manages the approvals for cell and gene therapies — will become the “Office of Therapeutic Products” (OTP) and be elevated to a “super office.” Also, Congress recently approved the seventh iteration of the Prescription Drug User Fee Act (PDUFA), a law first passed by Congress in 1992 authorizing the FDA to collect fees from pharmaceutical developers to fund the review process for new drugs. The authorization contains vital resources and programs to help the FDA review the coming wave of cell and gene therapies.

Standards and expectations around chemistry, manufacturing and controls issues remain a key development hurdle and have led to several program delays. We are working closely with the FDA to address challenges related to potency assays for cell and gene therapies. In October, ARM and the American Society of Gene and Cell Therapy (ASGCT) co-hosted a workshop with the agency to develop a more consistent and clear approach to potency assays, including a whitepaper to identify specific challenges and outline a roadmap for future discussions.

But getting therapies through the approval process is just part of the journey. There is growing concern that our payment systems are not equipped to ensure that patients have access to the coming wave of therapies. And with two therapies to treat sickle cell disease – one of the most prevalent rare diseases – potentially receiving approval in 2023, there will be intense focus on whether the US health care system, and particularly state Medicaid programs, can provide access to these therapies. The proposed Medicaid VBPs for Patients (MVP) Act could help positively modernize our health care system by removing barriers to the use of value-based purchasing arrangements, including outcomes-based agreements, in Medicaid. ARM and its members are working with the bi-partisan co-sponsors of this bill to see how it can be improved and reintroduced into Congress in 2023.

2023 Will Be A Pivotal Year For Europe

There are significant headwinds in Europe, particularly on the access side. In many ways, Europe has been a tremendous leader in the sector, approving the first gene therapy and boasting a world-class regulatory body in the European Medicines Agency. Even so, Europe is now falling behind on several key metrics – likely due to the interplay of complex regulatory and reimbursement challenges. Seven of the 23 advanced therapy medicinal products (ATMPs) approved in the EU have been withdrawn from that market. As of the end of June 2022, the number of developers headquartered in Europe declined by 2% compared to five years ago, while the number in North America increased by 42%, and the number in Asia-Pacific increased by 271%.

Patients are also losing the early access to experimental therapies that they gain from clinical trials. ARM’s H1 2022 Report highlights the shrinking clinical trials pipeline in Europe, particularly in early phase trials. This decline in clinical trials may also result in fewer approvals in Europe going forward than would otherwise be the case.

How might the region get back on track?  For the first time in a generation, the EU will revize its Pharmaceuticals Legislation – the European Commission’s proposal is expected in the first quarter of 2023. The initiative aims to balance affordability and access, among other concerns, and will play a large role in whether European patients will have access to ATMPs for years to come. 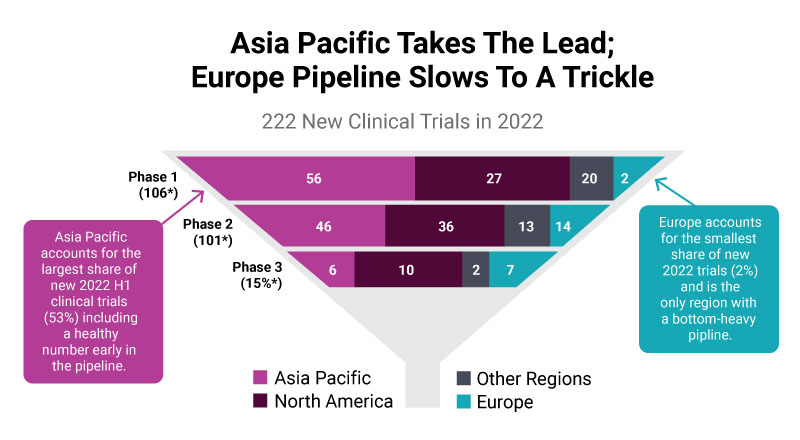 Also crucial to patient access is the adoption of joint clinical assessments at the EU level, due to start in 2025 for some therapeutic classes, including ATMPs. This initiative has the potential to streamline the approval process and accelerate access across the EU’s 27 member states – but only if it modernizes methodological approaches to reflect the unique characteristics and promise of ATMPs. There is important work to be done in this regard in 2023.

From a scientific perspective, the outlook for patients who are running out of options – like Emily Whitehead once was – has never been brighter. Five years ago, I would not have imagined the number of potential approvals that are possible in 2023 or the number of clinical trials that are ongoing. But the challenges to ensuring that patients benefit from this science are urgent. I am hopeful that when we look back at 2023, we see it as a turning point for when our health care systems began catching up with our science.