Kazakhstan’s Pharma Industry Has Big Plans To Expand The Market 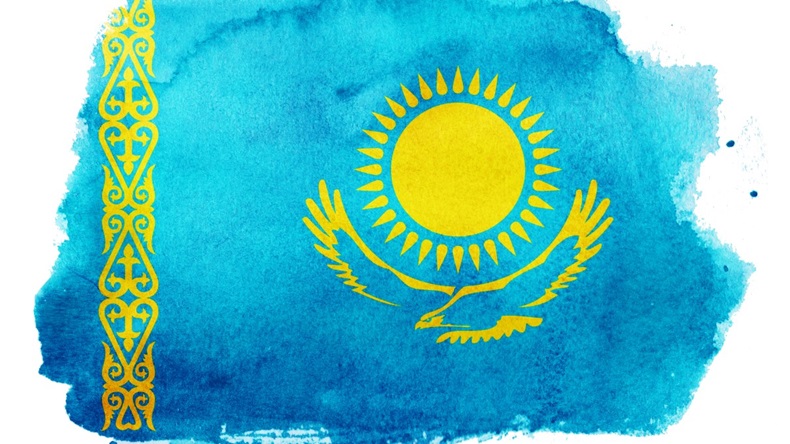 Other areas of the Kazakhstan pharmaceutical market have also shown high growth increases: the volume of purchases for outpatient drug provision over the past year increased by 41%, and purchases for hospitals grew by 30%. In monetary terms, these areas accounted for KZT115bn and KZT91bn, respectively.

The key reason was sharp increase in demand for medicines because of ripple effects from the global coronavirus pandemic. In the first quarter, the volume of purchases from medical institutions and pharmacies increased. This was caused by preparations for the first wave of COVID-19. The next factors were the rising cost of drugs and the emergence of new treatments. Due to the pandemic, many new drugs have appeared on the market that have helped in the prevention and control of the consequences of COVID-19. The rapid introduction of new treatments, some with limited supplies, has driven up the cost of drugs.

Between June and November 2020, Kazakhstanis spent money on vitamins and minerals (9.4%), medicines for diseases of the cardiovascular system (8.7%) and for diseases of the gastrointestinal tract and liver (7.5%), cold remedies and influenza (7.1%) and antibacterial agents (5.9%).

In terms of purchased packages, the market volume amounted to 518 million packages. This is 20% more than in the first 9 months of 2019. In the market structure, the largest share is still held by retail – 83.5% (432 million units). The number of purchased packages for outpatient drug supply and for hospitals grew by 31.7% and 51.2%, respectively.

Dulat Amangeldiev, Dosmart business analyst noted, that in April and May 2020, the demand for finished medicines sharply decreased both in monetary and quantitative terms. This was most likely due to two factors. Firstly, a strict quarantine was in force, which showed positive results in the fight against the spread of the virus. Secondly, the crisis hit the pockets of Kazakhstanis hard, which led to a decrease in purchasing power. However, already in June, when the virus began to spread sharply, demand increased by 45% and showed positive dynamics in the following months.

As for the increase in the average price of drugs, the largest growth was shown by antiviral drugs (+44%), anticoagulants (+41%), anti-diarrheal, intestinal, anti-inflammatory and anti-infectious drugs (+15%), and antibacterial drugs (+6.4%).

Santo, Bayer, Sanofi-Aventis, Abbott, STADA, and Nobel became the leaders in the retail market of finished pharmaceuticals. Together, the top 15 companies in the retail market showed a 13% increase in sales value. Chimpharm JSC with the trademark Santo, a member of Polpharma Group, is the market leader with a share of over 30% in value terms. Other key domestic manufacturers are Abdi Ibrahim Global Pharm with over 100 brands, Karaganda Pharm Complex with 150 brands, Kelun-Kazpharm, Dospharm and Kyzykmay.

Challenges For The Pharma Sector

The technological level of pharmaceutical production enterprises is not high in Kazakhstan. Another problem is the lack of professional training and qualifications due to staff shortages. There are 112 pharmaceutical manufacturers in Kazakhstan, but not a single domestic enterprise produces its own (Kazakhstani) substances, said Sergazy Adekenov, Doctor of Chemical Science. However, the republic has a significant scientific groundwork in the development and implementation of more than 50 new original medicines in pharmaceutical production. One of the limiting factors for the implementation of the developments of Kazakhstani scientists is the lack of pilot production similar to the previously existing factory laboratories.

To a greater extent, Adekenov believes that a solution for greater industry development will be facilitated by the pharmaceutical cluster created on the basis of MNPH "Phytochemistry" and the Karaganda pharmaceutical plant, which unites 17 Kazakhstani enterprises in the form of a consortium. The cluster will make it possible to effectively and rationally introduce the results of R&D and innovative technologies into pharmaceutical production, as well as commercialize scientific achievements and train qualified specialists, and ensure the effective participation of cluster enterprises in the formation of the added value of pharmaceutical products.

However, the Kazakh Government has adopted a comprehensive plan for pharmaceutical industry development through to 2025. As part of the plan, the government will launch more than 30 new large pharmaceutical operations, costing KZT77.8bn. The projects will double the medicine production value to KZT230bn and triple exports to KZT75bn. The projects will also train more than 2,000 highly qualified specialists and create permanent jobs for them.

Mamin advised the Healthcare Ministry to identify drug volume needs in the country, strengthen the technical base of laboratories testing medical products and drugs, and train qualified personnel for the pharmaceutical industry. Accordingly, the regional and city akimats (administrations) are to approve target indicators for domestic production upon purchasing medicines and medical devices.

Scientists of the Scientific Research Institute of Biological Safety Problems have created the first domestic vaccine against COVID-19, QazCOVID-In. It is undergoing the third stage of clinical trials, which are expected to be completed in June 2021. The Kazakh authorities plan to begin mass production of the local coronavirus vaccine from April.

The biopharmaceutical plant for the vaccine is under construction in the Kordai district of the Jambyl region, south-eastern Kazakhstan. The first vaccines will be ready in March 2021. And the plant has the capacity to produce from 30 million to 60 million doses.

So far, 3,000 volunteers have been vaccinated, and they have not reported any negative reactions, the institute noted. Aleksey Tsoi, Minister of Healthcare of Kazakhstan confirmed the effectiveness of the drug was over 90%, according to preliminary data.

Meanwhile, the Hungarian pharmaceutical company PannonPharma Ltd, together with the MNPH “Phytochemistry” and the Karaganda pharmaceutical plant, are planning to organize a joint production of original medicines based on Kazakh raw materials, and to register them in Europe.

Positive Medtech Revenues Into H2, But M&A And IPOs May Wait